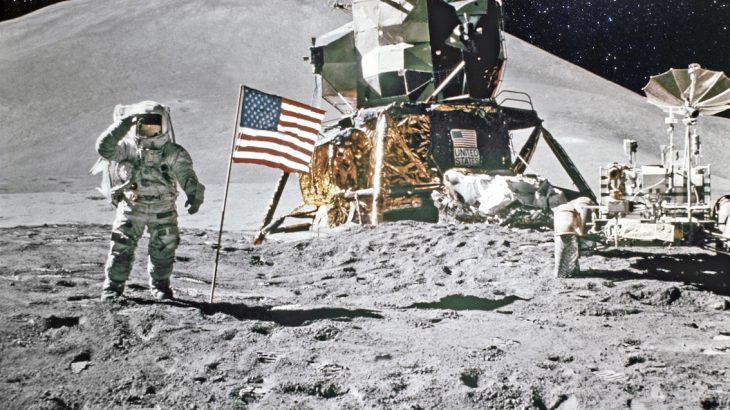 Exploration in some form or other is probably nearly as old as humanity. It seems likely that the first people wandered to find new hunting areas, rivers, plants to eat or simply for curiosity. But exploration in its more formal, pseudo-scientific form is a fairly modern affair.

July 20th marks another important date in the history of exploration, though less famous in the US, as Sir Edmund Hillary was born 100 years before. Hillary and Tenzing Norgay were the first people to climb to the top of Mount Everest, the highest peak in the world. Like landing on the moon, the goal of climbing Mount Everest is a hard one to understand for many; there’s no obvious practical purpose to climbing a mountain like Everest. People died in efforts to climb Everest just as in the space program, and so the cost for something with no clear purpose is exceedingly expensive.

Compared to other historic exploration events, the question of “why?” is not one often asked within the perspective of history. Christopher Columbus and many others set sail with the stated goal of discovering new trade routes and turning a financial profit. Of course, what Columbus discovered was not a trade route but continents and people unknown to Europeans to exploit and pillage for the profit of Europe. Exploration of Everest has in fact led to monetization of the mountain in a way that Norgay and Hillary couldn’t have imagined – the mountain and the experience of climbing is part of the tourism industry. NASA under the Trump administration is making the International Space Station open to tourists  by 2020. However, the estimated cost of a private flight to the space station is $52 million plus very expensive daily living costs for essentials like food and oxygen.

Still, this doesn’t answer the question of why. Surely we didn’t create the International Space Station as a novel Space BnB? The impetus to climb Mt. Everest for the first time must have been significantly more than allowing others to climb the mountain more easily.

Exploration and its motivation is notoriously hard to explain. Famously, George Leigh Mallory who himself died trying to be the first to climb Everest has his own answer to the ‘why’ question: “Because it’s there.” The answer is far from satisfying but there’s an enormous disconnect between the casual armchair observer and something as raw and violent as Everest.

There are thousands of actions and impulses that we humans engage in with little thought or question because they seem quite normal to us. I’ve found that I don’t have the words to describe many of my own motives to those who find them fathomless. Why for instance travel to Africa? Or why map out a cave? No one asks you why you like chocolate or why you don’t. Everything about exploration is directly experiential but what most people care about is the spoils that result from it.

Exploration is also subjective. I’ve crawled and dug my way as part of a two man team into cave passages never seen by another human and was awed by the delicate beauty of the place. If a third person came a week later and crawled into the same cave, is it still exploration, still discovery? What do we really mean by exploration?

Unfortunately, it may be inextricably linked to exploitation or desecration. I’ve thought of that small, beautiful cave passage many times. I’ve wondered if someone’s clawed their way into it to write their name in marker on the wall, if someone’s broken off a soda straw formation as a souvenir. I’ve thought of these things and wondered if it wouldn’t have been better to leave it a secret of the deepest type – a secret no mind knows.

Mount Everest is certainly not pristine anymore, as reports have shown a shocking amount of trash left by mountaineers. Of course, in other cases, the destruction caused by exploration has been much greater.

In his book The Native Population of the Americas in 1492, William M. Denevan reports that populations of Native Americans when Columbus landed in Hispaniola were estimated to be between 112 million to 80 million. By 1650, there were less than 6 million Native Americans, a devastating blow by any account. Likewise, the exploration and colonization of Australia that inevitably followed was just as destructive for indigenous communities there. In 1788, Captain Arthur Phillips and 1,500 colonists, mainly convicts, arrived in Sydney harbor. Within a decade, an estimated 90% of the indigenous population was dead, according to Australians Together.

This isn’t to say that all exploration ended the same. Polynesians travelled great distances, inhabiting long chains of islands guided only by the stars and perhaps a burning urge to see or know, or perhaps just facing the realities of physical resources. North America and Australia were both explored by people long before Europeans arrived.

Yet, all of this exploration changed these lands. It’s been hypothesized that humans killed off megafauna both in the Americas as well as Australia. The wooly mammoth is dead, so is Megalania, the giant lizard of Australia. The Moa of New Zealand and the Elephant Bird of Madagascar were probably killed by each island’s first human inhabitants.

All of the destruction follows the initial impulse for discovery. Exploration at its purest isn’t what follows. Exploration is pulling your own body into a new cave passage or stomping to the top of a mountain. These are experiences that can be had by all, the experiences of the rawness of nature experienced in solitude or with a few others. The question is, can that experience be shared without destruction becoming inevitable?