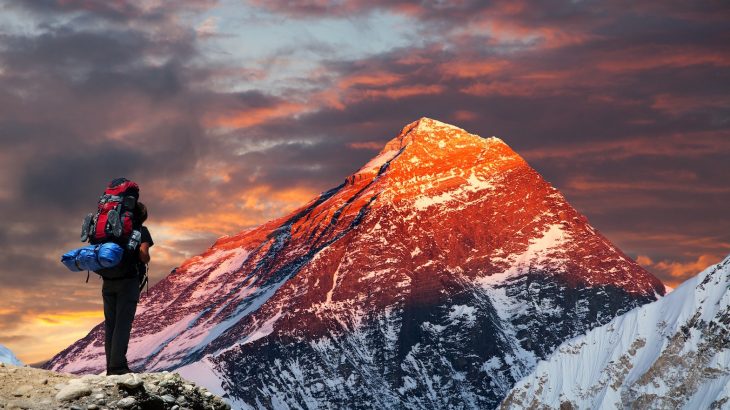 Mount Everest recently claimed its eleventh casualty this season due to what many are calling a ‘traffic jam’ of too many climbers waiting in line in hostile conditions to reach the world’s highest peak.

Climbing Everest has become synonymous with resilience, strength, bravery, and taking on any challenge regardless of the odds. The draw of Everest for many climbers, whether experienced or not, is the sense of accomplishment garnered from reaching the top.

The peak, which sits at nearly 30,000 feet above sea level, would be an impressive addition to any climber’s resume. There are also climbers seeking the thrill of mastering not one but seven of the world’s highest summits, a feat few have achieved.

Many of the deaths that occurred this season did not happen on the way up to the summit, but on the way down after climbers queued up in long lines waiting in Everest’s death zone. Climbers who pushed themselves too hard to get to the top collapsed soon after their final descent.

The death zone, which starts around 26,000 feet, is the name given to the last stretch of Everest where oxygen levels are scarce and every minute counts against you in the fight for survival.

Every inhale in the death zone only supplies the body with about a third of the oxygen that a person usually breathes in at sea level.

At the summit itself, which measures about the size of two ping-pong tables, people want their moment of glory even though a seemingly endless row of climbers are waiting in the death zone, surviving on oxygen tanks.

One climber who made the summit this season described the scene as “a zoo.”

“Once you get above about 25,000 feet, your body just can’t metabolize the oxygen,” Grayson Schaffer told NPR’s Weekend Edition. “Your muscles start to break down. You start to have fluid that builds up around your lungs and your brain. Your brain starts to swell. The danger there is that, at that altitude, the body just can’t survive.”

The tourism board in Nepal has pushed back against the traffic jam narrative, according to NPR.

Mohan Krishna Sapkota, secretary at the country’s Ministry of Tourism and Civil Aviation, told the Associated Press that crowding was not the problem, instead pointing to weather conditions and unprepared climbers.

“On May 22, after several days of bad weather, there was a small window of clear weather, when more than 200 mountaineers ascended Everest,” Danduraj Ghimire, director general of Nepal’s Tourism Department, told CNN. “The main cause of deaths on Everest has been high altitude sickness, which is what happened with most of the climbers who lost their lives this season as well.”

The Nepalese government is planning to improve safety measures and ensure that only experienced climbers who can handle the harsh and extreme conditions are allowed to climb the summit.