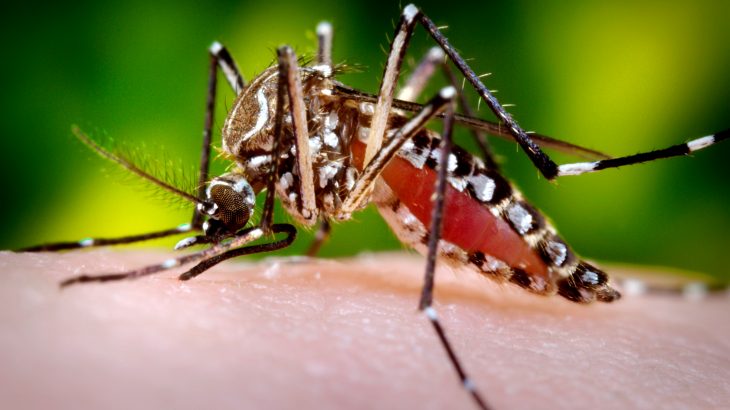 Mosquito birth control could prevent the spread of deadly diseases

Every year, insect and mosquito-transmitted diseases like malaria, dengue fever, and Zika are responsible for millions of deaths worldwide.

Nearly 40 percent of the Earth’s population is at risk of contracting malaria, according to the World Health Organization (WHO), and the Aedes aegypti mosquito, a transmitter of many common insect-transmitted diseases, is one of the deadliest animals in the world.

Now, a new study could pave the way for the development of a type of mosquito birth control to reduce mortality rates and prevent insect-transmitted diseases from spreading.

Researchers from the University of Arizona conducted a study examining mosquito egg formation and identified a gene specific to healthy mosquito larvae development.

“We specifically looked for genes that were unique to mosquitoes and then tested for their functional role in eggshell synthesis,” said Jun Isoe, the leader of the research. “We think there are other discoveries to be made using this same species-directed approach.”

First, the researchers identified and tested 40 mosquito-specific genes to determine the function of each gene.

Next, the researchers injected the genes with an RNA molecule that inhibited the protein that each specific gene codes in a process is called RNA interference.

Only one of the genes had an impact on embryo development after being injected with the RNA molecule, the EOF-1 gene or Eggshell Organizing Factor protein as the researchers called it.

Disrupting the EOF-1 protein resulted in the death of an embryo because the female mosquito laid malformed eggshells that were not able to support larvae development.

Not only is EOF-1 specific to mosquitos, but the researchers also found that the RNA molecule prevented healthy embryo development for the entirety of the mosquito’s lifespan.

The researchers think that disrupting the EOF-1 protein could be an innovative solution to control mosquito populations in regions where mosquito-transmitted diseases pose major health risks.

“We think this strategy may have a much lower chance of harming other organisms than what is being used today,” said Miesfeld. “Since the days of DDT, we have known that mosquito population control works to reduce the incidence of human disease. This could be a next-generation tool that could be applied to bed nets and other areas frequented by mosquitoes.”