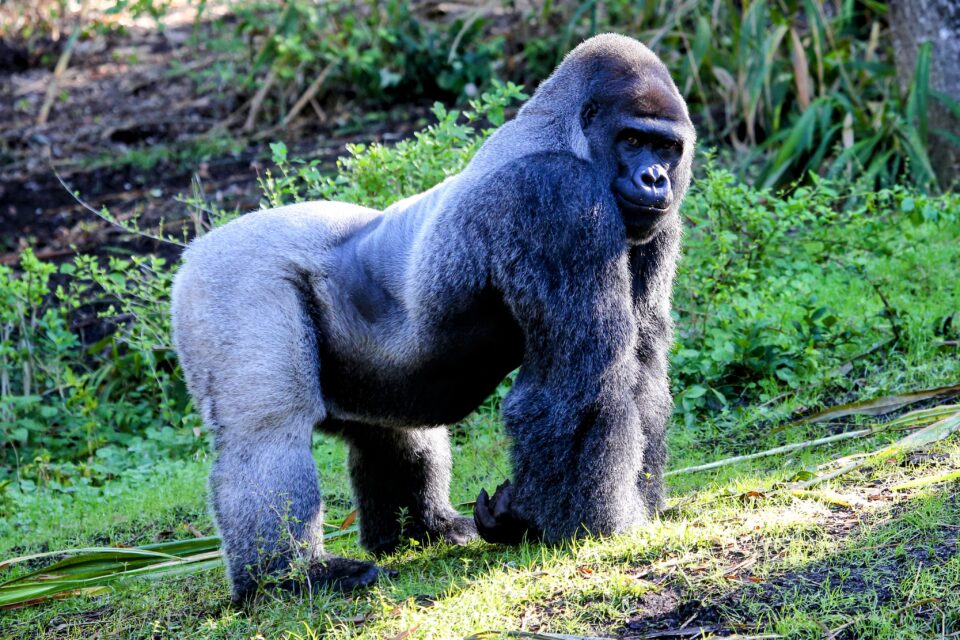 A new study published by Frontiers has identified a previously unrecognized impact that climate change has on endangered mountain gorillas. When temperatures rise, mountain gorillas drink water much more frequently.

Water plays a vital role in sustaining life. Understanding how various species use water is critical, especially as rising temperatures are expected to reduce water availability. This is a key concern for endangered species in small isolated populations vulnerable to drought and the risk of extinction.

Only two existing mountain gorilla populations exist. One population lives in the Virunga volcanic mountains that border Rwanda, Uganda, and the Democratic Republic of Congo, and the other lives in the Bwindi Impenetrable National Park in Uganda.

They are classified as an endangered species on the International Union for the Conservation of Nature (IUCN) Red List. Mountain gorillas continue to face threats from habitat destruction and poaching. There are only around 1,000 individuals left.

Mountain gorillas live in rainforests and rely on plants for water. They live in high elevations, which makes them susceptible to faster rises in temperature. As the climate warms, the gorillas will become increasingly dependent on free-standing water from streams, rivers or puddles.

“Understanding how animals obtain water is increasingly important in the face of climate change, as warmer temperatures and more extreme weather conditions are predicted to influence water availability, which could have implications for how they use their limited habitat,” said Dr. Edward Wright of the Max Planck Institute for Evolutionary Anthropology.

“This is particularly important in endangered species which are vulnerable to extinction, such as mountain gorillas.”

Existing research has shown that 22 percent of primate species are vulnerable to drought. Primate habitats will likely experience 10 percent more warming than the global average.

By 2050, temperatures in the habitats of mountain gorillas are projected to increase by 1°C to 2.5°C, which could result in more frequent drought conditions.

To understand how drinking water habits could be impacted by climate change, the researchers observed drinking water behavior in the two existing mountain gorilla populations over 10 years. The results showed that both populations drank more water at higher average temperatures than at cooler ones.

This behavioral change is a logical one. Mountain gorillas drink more water to cool down and maintain healthy body temperature, just as humans do.

However, a greater reliance on free-standing water could ultimately impact the survival of the endangered species. This is because mountain gorillas could face increased exposure to parasites and human diseases found in free-standing water. Additionally, water availability is not always guaranteed, especially for the very limited habitat range available to mountain gorillas.

Despite these increasing concerns, extensive conservation efforts successfully moved mountain gorilla populations from a classification of “critically endangered” to “endangered” on the IUCN Red List.

Yet, just as the study points out, climate change may bring negative consequences on the conservation and overall survival of the species. “Our results suggest that mountain gorillas may have to work harder to maintain water balance in the future.”

The research is published in the journal Frontiers in Conservation Science.