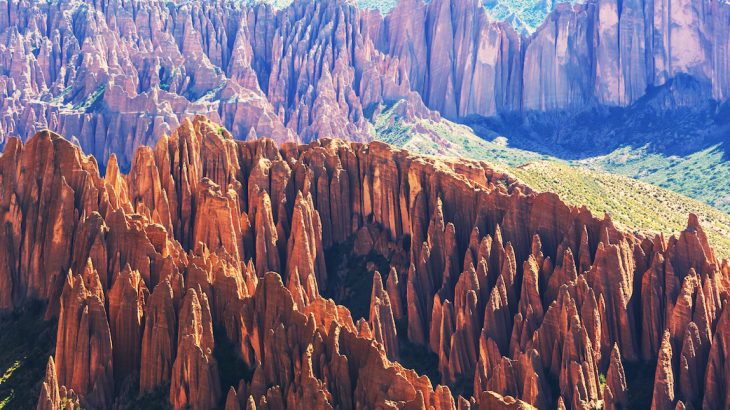 410 miles deep into the Earth, researchers have discovered a mountain-like terrain rougher and larger than any mountain range on the surface of the planet.

In a new study published in the journal Science, geophysicists from Princeton University used data from a massive 8.2 magnitude earthquake that struck Bolivia in 1994 to help peel back the layers of our planet and reveal what the topography is like hundreds of miles beneath the Earth’s crust.

The Earth is made up the crust, the mantle, and the core, but within those layers are a complex network of little-understood layers and boundary zones. One such boundary is called the 660-kilometer boundary which lies at the base of the transition zone between the upper and lower mantle. 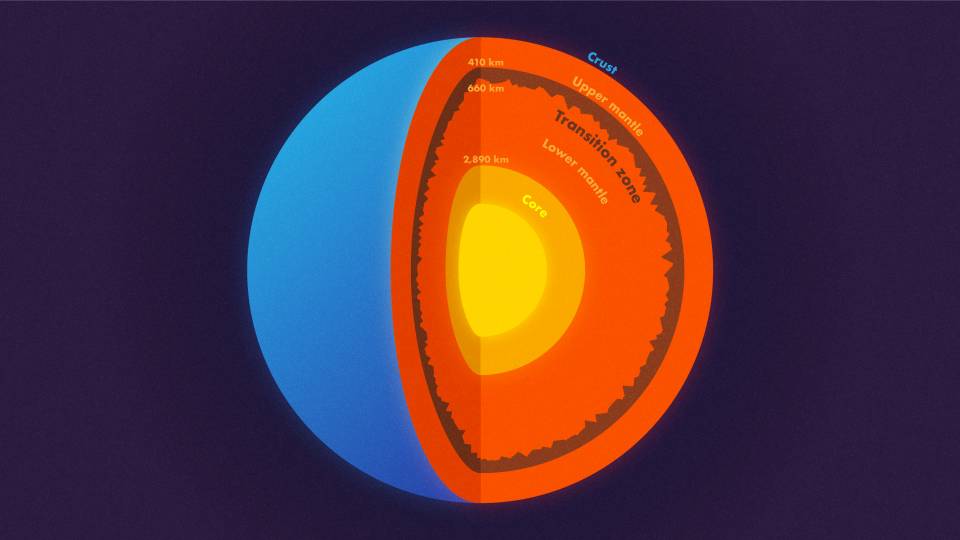 To get a rare glimpse of the 660-kilometer boundary, the Princeton researchers turned to the 1994 Bolivia quake because you need massive waves of energy to bounce off peaks and valleys get an idea of what the terrain is like.

“You want a big, deep earthquake to get the whole planet to shake,” said Jessica Irving, a leader of the research.

Irving and a team of researchers analyzed data and used computers to simulate the scattering waves produced by the earthquake. Like waves of light, waves generated by an earthquake refract or bounce off different objects depending on their composition.

“We know that almost all objects have surface roughness and therefore scatter light,” said Wenbo Wu, the lead author of the study. “That’s why we can see these objects — the scattering waves carry the information about the surface’s roughness. In this study, we investigated scattered seismic waves traveling inside the Earth to constrain the roughness of the Earth’s 660-km boundary.”

The surface roughness at the 660-km boundary was surprisingly rough with mountains and valleys that far surpass the Rocky Mountains, Everest, or the Appalachians, the researchers say.

The computer model was not able to determine specific height measurements, and the evolution of this topography remains unknown.

“It’s easy to assume, given we can only detect seismic waves traveling through the Earth in its current state, that seismologists can’t help understand how Earth’s interior has changed over the past 4.5 billion years,” said Irving. “What’s exciting about these results is that they give us new information to understand the fate of ancient tectonic plates which have descended into the mantle, and where ancient mantle material might still reside.”