MRI scans could be used to predict dementia risk in patients • Earth.com 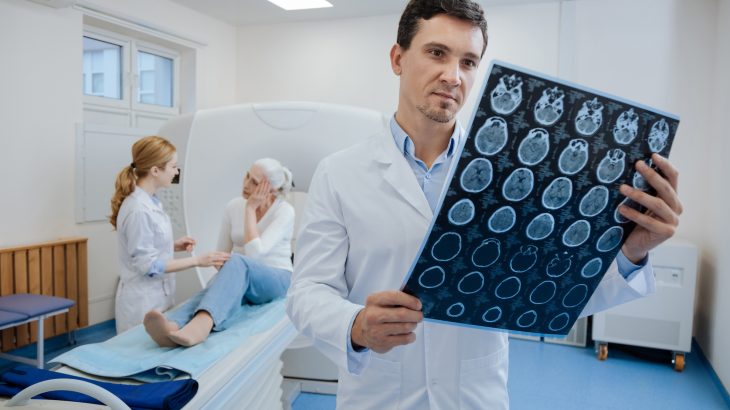 MRI scans could be used to predict dementia risk in patients

According to the Alzheimer’s Association, Alzheimer’s is the 6th leading cause of death in the United States, and around 5.5 million people over the age of 65 have the disease.

The number of people with dementia and Alzheimer’s is growing and although there is no cure, the ability to diagnose the disease and risk factors early on could help people create a plan while their faculties are intact.

Families now are often caught off guard with the costs of care and the burden of controlling finances, property, and making major health decisions for their loved ones.

Researchers from the Washington University School of Medicine in St. Louis and the University of California San Francisco conducted a study examining the potential of MRI scans in predicting dementia risk.

“Right now it’s hard to say whether an older person with normal cognition or mild cognitive impairment is likely to develop dementia,” said Cyrus A. Raji, the lead author of the study. “We showed that a single MRI scan can predict dementia on average 2.6 years before memory loss is clinically detectable, which could help doctors advise and care for their patients.”

There are methods doctors and neurologists can use to predict Alzheimer’s risk such as testing for a high-risk gene ApoE or a PET scan which looks for plaques in the brain.

However, these methods can be costly and aren’t widely available in many hospitals.

The researchers collected and reviewed data from the Alzheimer’s Disease Neuroimaging Initiative. From a large data pool, the team selected ten people who experienced cognitive declines over a two year period and ten people with the same demographics who didn’t experience any declines.

“Diffusion tensor imaging is a way of measuring the movement of water molecules along white matter tracts,” said Raji. “If water molecules are not moving normally it suggests underlying damage to white tracts that can underlie problems with cognition.

The scans of the people who experienced more cognitive declines had larger amounts of damaged white matter.

The researchers tried this technique on a larger sample of 61 people and were able to predict cognitive decline with 89 percent accuracy when looking at the whole brain.

“We could tell that the individuals who went on to develop dementia have these differences on diffusion MRI, compared with scans of cognitively normal people whose memory and thinking skills remained intact,” said Raji. “What we need now, before we can bring it into the clinic, is to get more control subjects and develop computerized tools that can more reliably compare individual patients’ scans to a baseline normal standard. With that, doctors might soon be able to tell people whether they are likely to have Alzheimer’s develop in the next few years.”

The researchers presented their findings at the Radiological Society of North America meeting in Chicago this week.