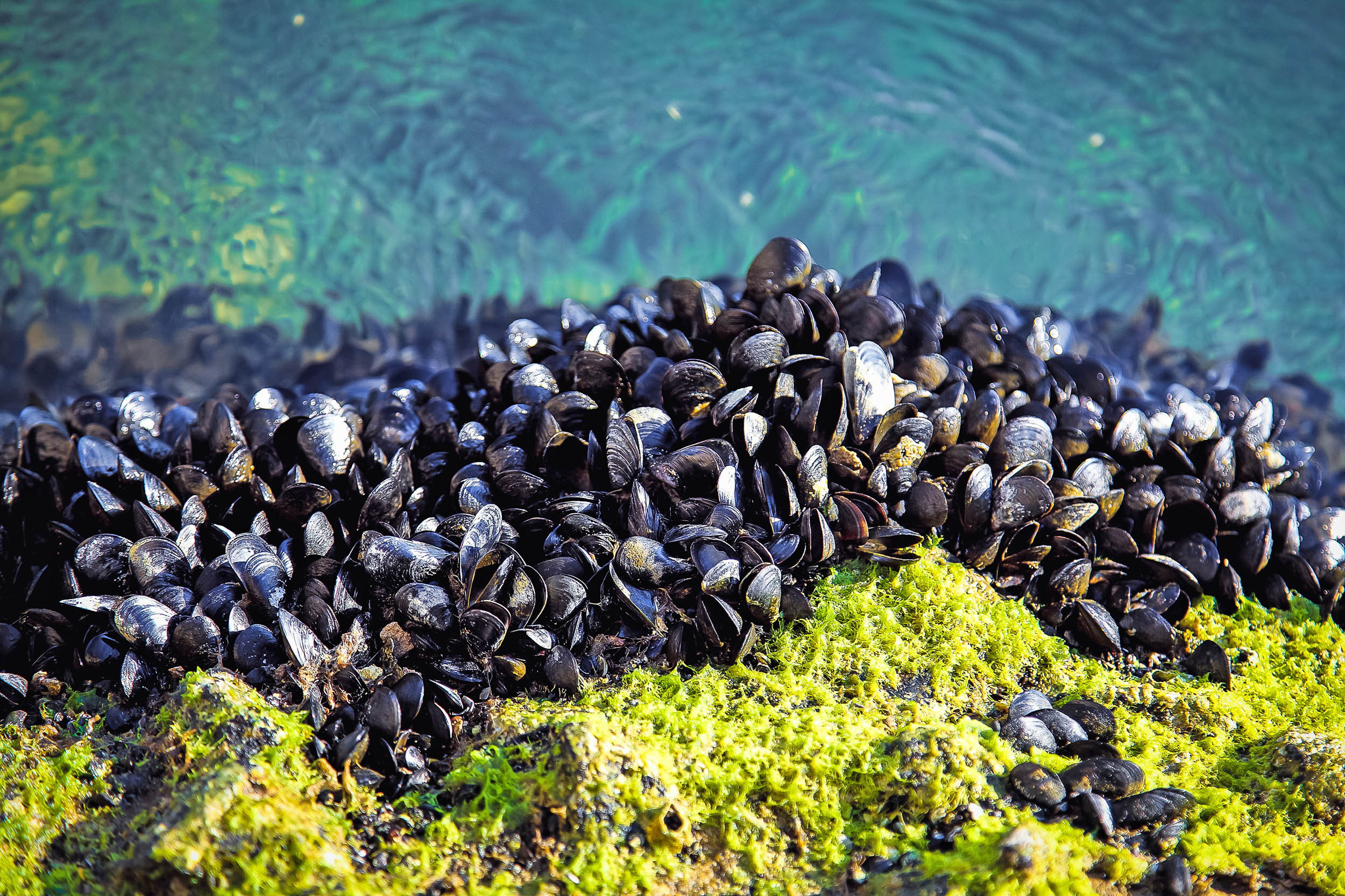 New England is running out of mussels.

The Gulf of Maine’s once strong population of wild blue mussels is disappearing, scientists say. A study led by marine ecologists at the University of California at Irvine found the numbers along the gulf coastline have declined by more than 60 percent over the last 40 years.

Once covering as much as two-thirds of the gulf’s intertidal zone, mussels now cover less than 15 percent.

“It would be like losing a forest,” said biologist Cascade Sorte, who with her colleagues at the university conducted the study and recently published their findings in the Global Change Biology journal.

The Gulf of Maine stretches from Cape Cod to Canada and is a key marine environment and important to commercial fishing. Blue mussels are used in seafood dishes and worth millions to the economy of some New England states, but are also important in moving bacteria and toxins out of the water.

“It’s so disheartening to see it (the loss) in our marine habitats. We’re losing the habitats they create,” she said. NASA

Disheartening, and also sometimes a smelly nuisance. Thousands of dead mussels washed up last week on the shores of Long Island, New York, and a Stony Brook University professor said the die-off could be attributable to warm water temperature.

The Sorte study focused on 20 sites along the gulf, using historical data to compare today’s mussel populations to those of the past. She said the decline of mussels isn’t due to just one factor – warming ocean water, increases in human harvesting and the introduction of new predatory invasive species all appear to play a role.

The marine environment will suffer, she said, if they continue to decline, and it’s possible they could become extinct in some areas.

Scott Morello, a researcher who has studied mussels with The Downeast Institute for Applied Marine Research & Education in Maine, said Sorte’s work reflects observations that people who work on the water have made in recent years.

“It’s not just scientists,” he said. “I can tell you that most residents I’ve talked to, most fishermen I’ve talked to will point out the same dramatic decrease in mussels.”

The nationwide value of wild blue mussels has reached new heights in recent years, peaking at more than $13 million at the dock in 2013 – more than twice the 2007 total. They were worth more than $10 million in 2014, when fishermen brought nearly 4 million pounds of them ashore.

Maine and Massachusetts are by far the biggest states for wild mussel harvesting, and many are also harvested in Washington state. They are also farmed in aquaculture operations. The vast majority of the mussels that people eat are farmed, and most that are available to U.S. consumers are imported from other countries, such as Canada.

Mussel farming is dependent on wild mussels, which produce the larvae needed for the farmed shellfish to grow. Andrew Pershing, chief scientific officer of the Gulf of Maine Research Institute, said the loss of wild mussels is troubling for aquaculture because if wild populations decline further, it could constrain the growth of the industry.

Pershing also said Sorte’s study shows there is a need to get better data about the abundance of mussels and how they are affected by warming waters and commercial harvesting.

“If we had a record of how mussels changed from year to year, it would be possible to see whether declines were more pronounced during particularly warm years or are related to some other event or process,” he said.