NASA finds the building blocks of life on Mars • Earth.com 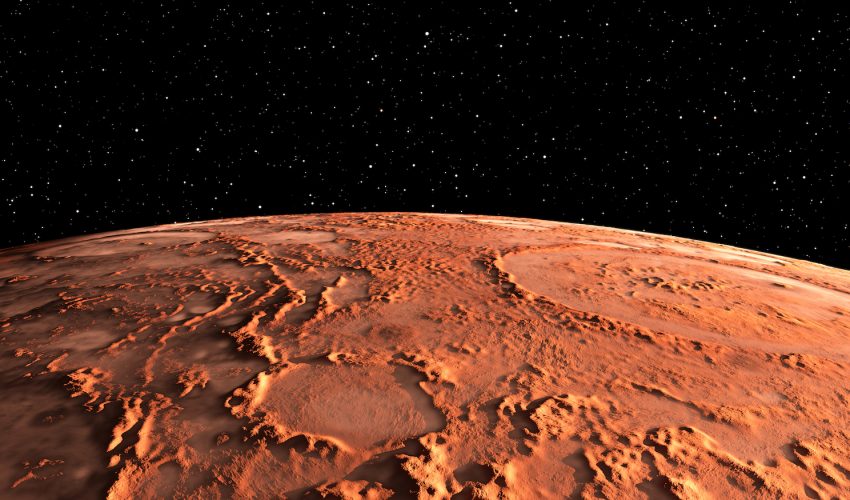 NASA finds the building blocks of life on Mars

On Thursday, NASA announced that the Mars Curiosity rover, which has been collecting data on Mars since 2012, discovered 3-billion-year-old organic matter. This discovery means that not only are the “building blocks” of life present on Mars, but it’s clear that organic material can be preserved for billions of years on the planet’s surface.

The organic molecules were found in Gale Crater, which is believed to have once contained a shallow lake. Samples taken from two different drill sites on the lake bed have been found to contain complex organic molecules that look very similar to the fossilized building blocks of oil and gas on Earth. At this point, researchers are unable to determine whether this discovery come from life on Mars or from a less exciting geological process. However, “we’re in a really good position to move forward looking for signs of life,” says Jennifer Eigenbrode, NASA biogeochemist and lead author of the study published in the journal Science.

The Curiosity Rover is a $2.5 billion mobile chemistry lab that is powered by a nuclear battery and is roughly the size of a car. The rover has a 7-foot-long arm and contains 10 science instruments, 17 cameras, and a laser to “vaporize” rocks. Over the last six years, Curiosity has analyzed samples of soil and rocks for signs of organic matter, which is characterized by complex carbon chains that form the building blocks of life here on Earth.

The rover has also discovered traces of methane in Mars’ atmosphere, which researchers reported in an additional paper in Science. On Earth, most methane comes from biological sources, so this could be a significant finding as well.

“The detection of organic molecules and methane on Mar has far-ranging implications in light of potential past life on Mars,” explains Inge Loes ten Kate, a scientist at Utrecht University. “Curiosity has shown that Gale Crater was habitable around 3.5 billion years ago, with conditions comparable to those on early Earth, where life evolved around that time.”

These findings are quite significant for us humans, as it brings us one step closer to knowing whether or not life has existed elsewhere in the universe. NASA’s Thomas Zurbuchen says, “with these new findings, Mars is telling us to stay the course and keep searching for evidence of life. I’m confident that our ongoing and planned missions will unlock even more breathtaking discoveries on the Red Planet.”