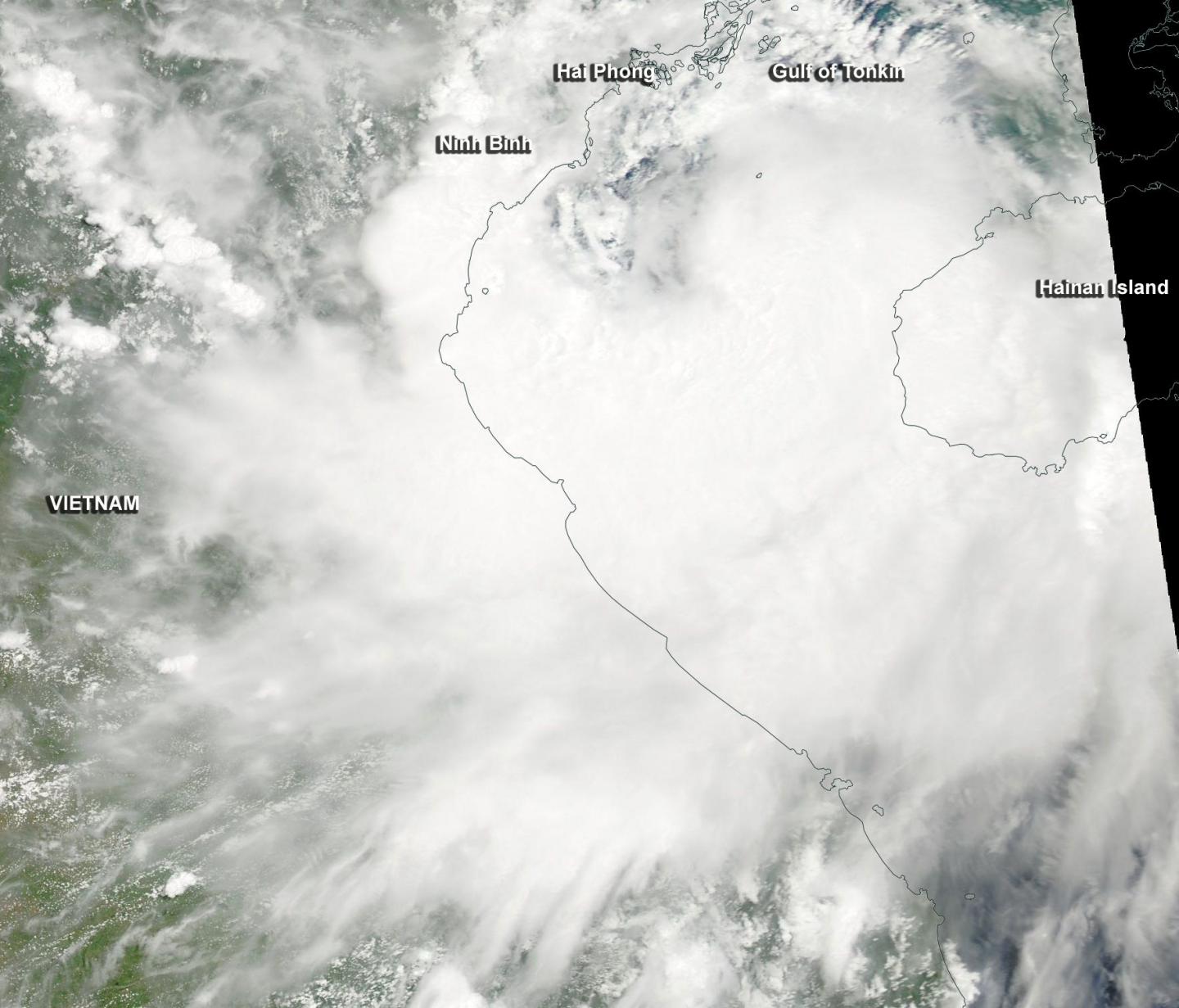 The Moderate Resolution Imaging Spectroradiometer or MODIS instrument that flies aboard NASA’s Aqua satellite captured an image of Tropical Storm Mirinae early on July 27 as it flew over the South China Sea’s Gulf of Tonkin. The MODIS image revealed a large band of thunderstorms east of Mirinae’s center were already over the coast of northeast Vietnam. The center of the storm was just west of Hainan Island, China. Microwave satellite data showed an elongated eye. Therefore NASA sees Tropical Storm Mirinae approaching landfall

Mirinae made landfall over the northeast coast of Vietnam, around 1200 UTC (8 a.m. EDT) about 60 nautical miles south-southeast of Hanoi. The Joint Typhoon Warning Center (JTWC) reported that surface winds from Bach Long Vi Island, Vietnam peaked at 48 knots (55.3 mph/88.4 kph). Bach Long Vi Island is about half way between Hai Phong, Vietnam and China’s Hainan Island in the Gulf of Tonkin.

The Vietnam National Hydro-meteorological Service (VNHS) continued a tropical storm warning. Details can be found on the VNHS website: http://www.nchmf.gov.vn/web/en-US/43/Default.aspx.

The JTWC forecast calls for the storm to continue to move inland and dissipate over the next day.