National parks hit harder by climate change than any other region • Earth.com 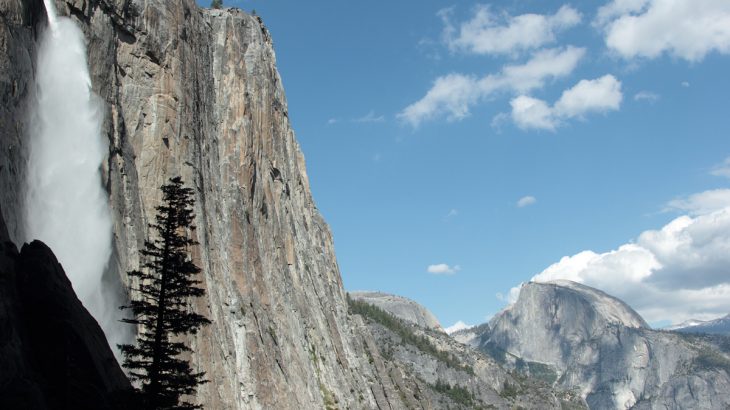 National parks hit harder by climate change than any other region

A new study led by the University of California Berkeley has found that human-induced climate change is causing national parks to become even hotter and drier than the rest of the country. This is the first investigation of its kind to estimate the extent of the effects of climate change on all 417 national parks.

The analysis has revealed that over the past century, the average temperatures in national parks have risen at twice the rate of the rest of the United States. In addition, yearly rainfall has declined more in national parks than in any other region of the country.

The researchers also found that, with no action to limit harmful emissions, many small mammal and plant species will be pushed to their tipping point toward extinction by the end of this century.

If emissions persist at the current rate, the team has predicted that temperatures in the most vulnerable national parks could increase by as much as nine degrees Celsius, or 16 degrees Fahrenheit, by the year 2100. This rate of climate change would be too rapid for many small mammals and plants to migrate elsewhere.

UC Berkeley Professor Patrick Gonzalez is also a lead author for the Intergovernmental Panel on Climate Change (IPCC) report, which provides a summary of the most up-to-date scientific knowledge of climate change.

“The good news is that, if we reduce our emissions from cars, power plants, deforestation, and other human activities and meet the Paris Agreement goal, we can keep the temperature increase in national parks to one-third of what it would be without any emissions reductions.”

The locations of national parks and their unique ecosystems are what make them particularly vulnerable to climate change, Professor Gonzalez explained. Many national parks are found in regions that are known to be the hardest hit by global warming such as deserts, high mountains, or in the Arctic region of Alaska.

“National parks aren’t a random sample – they are remarkable places and many happen to be in extreme environments,” said Professor Gonzalez said. “Many are in places that are inherently more exposed to human-caused climate change.”

Study co-author John Williams is a professor of Geography at the University of Wisconsin-Madison.

“It is important to note that even if we really do a strong mitigation of greenhouse gases, the national park system is still expected to see a 2 degree temperature change,” said Professor Williams.

“At this point, it is likely that the glaciers in Glacier National park will ultimately disappear, and what is Glacier National park if it doesn’t have glaciers anymore? So I think this adds weight to the importance of reducing our future levels of climate change and also extends the National Park Service mission to both adapt to these changes and educate all of us about these changes.”