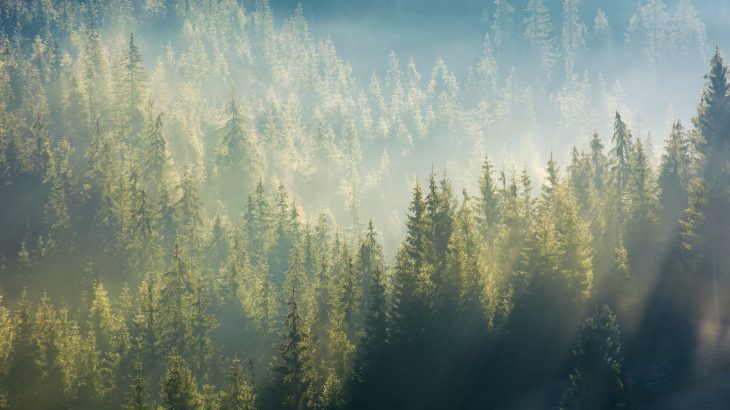 When it comes to fixing the current state – and future state – of our natural environments, what could be more appropriate than imparting some natural solutions?

A recent study in Science Advances used the most comprehensive national assessment ever of how greenhouse gas emissions can be reduced and stored in forests, farmland, grasslands, and wetlands to determine that restoring U.S. forests and coastal wetlands could have a more significant role in mitigating climate change than previously thought.

The research group, led by the Nature Conservancy along with 21 institutional partners, analyzed over twenty natural solutions and found that increased reforestation would have the greatest effect on achieving more carbon storage. Other notable solutions include allowing longer periods between timber harvests, increasing controlled burns and strategic thinning in forests to reduce megafire risk, and avoiding loss of forests to urban sprawl.

“Planting trees and improving the health of existing forests will be a deciding factor in whether we are able to get ahead of the climate curve,” says Jad Daley, CEO of American Forests. “This breakthrough analysis clarifies the highest impact actions for keeping our forests as a growing and resilient carbon sink and the potential scale of climate benefit.”

It has also been determined that grasslands are underappreciated for their carbon storage potential – and grasslands are being lost at a rate of more than one million acres per year. When grassland is converted to cropland, roughly 28 percent of the carbon in the top meter of soil is released to the atmosphere. Re-enrolling and restoring millions of acres of marginal cropland in conservation programs would significantly improve carbon storage capacity.

But natural solutions weren’t just limited to land. About 27 percent of tidal wetlands have been disconnected from the ocean, which increases their release of methane gas. By reconnecting tidal wetlands to the ocean, we could virtually eliminate these methane emissions while also restoring fish habitats integral to coastal communities.

“Shellfish growers make a living on the water and have witnessed salt marshes losing productivity due to freshwater inundation,” says Davis Herron, spokesman for the Shellfish Growers Climate Coalition. “Not only does this damage important waters and increase emissions, but it also harms their ability to make a living growing oysters, clams, mussels and other species that support many coastal communities and other important stakeholders.”

It’s clear that these natural solutions have major benefits for both the environment and our continued existence on this planet. With this knowledge in hand, it’s now time for policymakers to convert this comprehensive research into actionable change.