DNA we inherited from Neanderthals helps protect against viruses • Earth.com 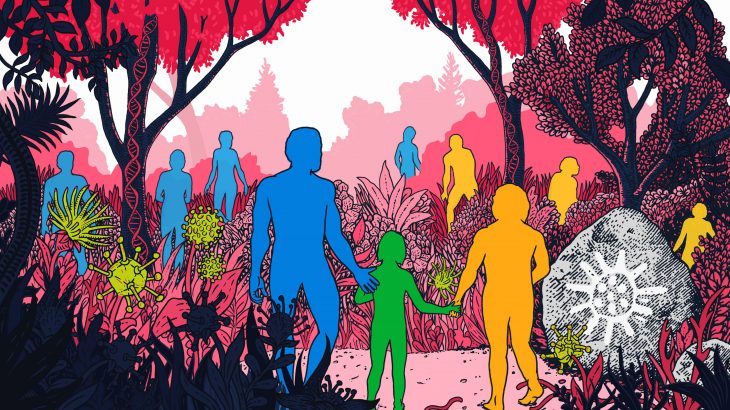 DNA we inherited from Neanderthals helps protect against viruses

Neanderthal DNA inherited through interbreeding may have helped modern humans build up an immunity to diseases, according to a new study.

Researchers were unsure if the spread of Neanderthal DNA, inherited from ancient interbreeding with modern humans before Neanderthals went extinct 40,000 years ago, served a specific purpose or if it was merely a random occurrence.

Now, a new study conducted by researchers from Stanford University and published in the journal Cell has found that the existence of Neanderthal DNA may have protected modern humans against viruses that they were not immediately immune to.

“Our research shows that a substantial number of frequently occurring Neanderthal DNA snippets were adaptive for a very cool reason,” said Dmitri Petrov, a member of the research team that conducted the study. “Neanderthal genes likely gave us some protection against viruses that our ancestors encountered when they left Africa.”

By the time our early modern human ancestors made their way out of Africa, Neanderthals had been living in Europe and Asia for thousands of years and as a result, had built up defenses against infectious viruses in the area.

These were infections that modern humans would have been unable to guard against, and so the chance to mix with the already established populations of Neanderthals gave Modern humans the chance to “borrow” those much-needed defenses rather than wait to develop their own.

The Stanford researchers discovered that this was the case by compiling a list of 4,500 genes in modern humans that are known to interact with viruses.

This list of genes was then cross-referenced with a database of sequenced Neanderthal DNA, of which 152 gene fragments from modern humans were also present in Neanderthals.

What’s more, these 152 inherited genes specifically interact with viruses like HIV, Influenza A, and Hepatitis C.

The researchers concluded that it was these genes that helped modern humans defend against viruses and this why Neanderthal genes show in the varying ways they do in the modern human genome.

Depending on what viruses were present in Europe or Asia, that would determine what genes were borrowed by modern humans from Neanderthals.

The study sheds light on the evolution of modern humans and long since extinct diseases that afflicted our ancestors.