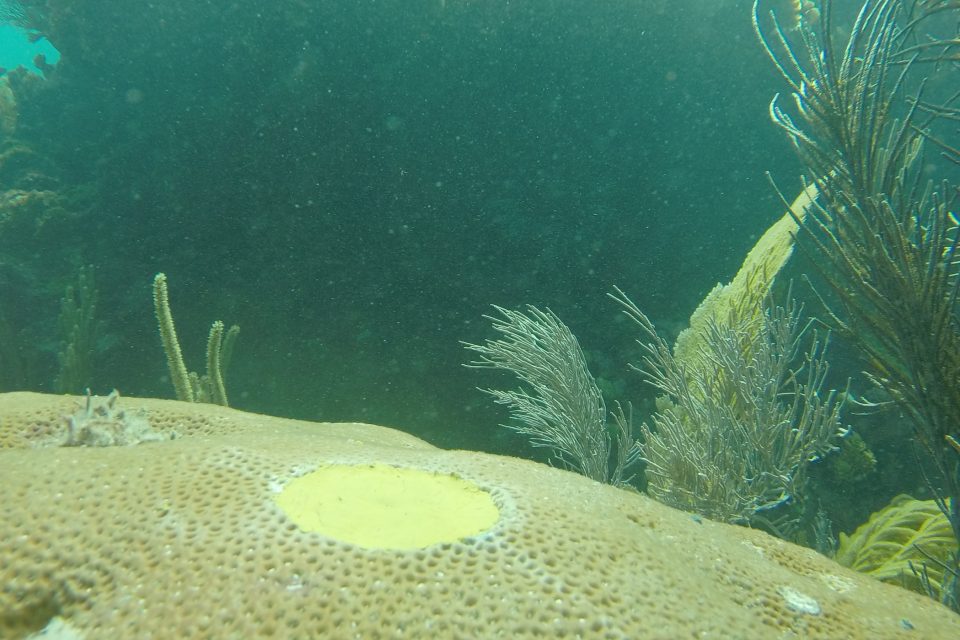 Nearshore coral growth rates are slowing down due to rising ocean temperatures, a new study has found.

Coral reefs are a crucial resource for coastal communities. Corals offer storm protection and buffer against flooding as well as provide an important source of food and income through both fishing and tourism.

Over the past decade, nearshore coral growth rates have been slowing down for some coral species, and researchers from the University of North Carolina at Chapel Hill wanted to know why.

The warm, nutrient-rich coastal waters that nearshore corals thrive in were thought to provide an advantage over offshore corals. Researchers have also theorized that because nearshore corals grow in warm waters, they may be better suited to adapt to climate change-driven warming.

Unfortunately, this does not appear to be that case.

Corals, like trees, have bands that document its age. CT scans of the cores helped determine the age and vertical growth rate of the corals.

The researchers compared offshore and nearshore corals to help determine what stressors may be hindering growth. The declines in growth rates for nearshore corals are linked to development and climate change-driven ocean warming.

“This research leaves us with troubling questions, like whether or not corals will be able to adapt to future conditions, and, if not, how that will impact the health and well-being of the millions of people around the world who rely on reefs for their food, income, and protection from storms,” said Justin Baumann, a lead author of the study.

Corals with lower growth rates can not provide the same robust protections and habitat that healthy, fast-growing corals can, but how exactly growth rate declines will impact coastal communities remains to be seen.

“Local action to mitigate stress from coastal development and global action to reduce greenhouse gas emissions will both be necessary to ensure a sustainable future for both nearshore and offshore coral reefs,” said Baumann.

The study findings were published in the journal Global Change Biology.