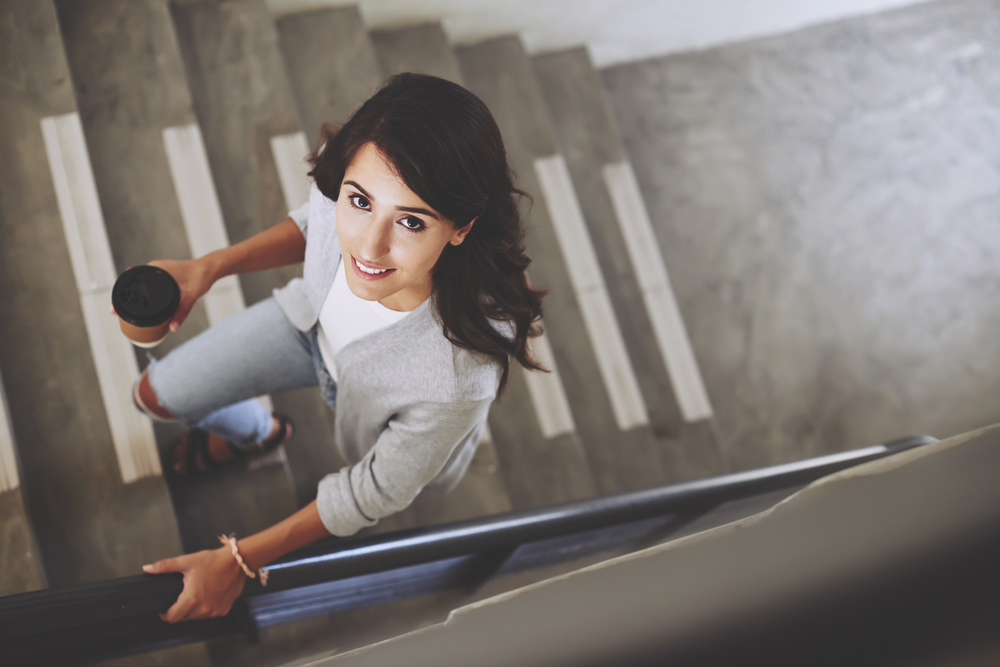 Need another reason to skip the sugary mocha and take the stairs? Climbing stairs could actually boost your energy more than caffeine does.

This is good news for the sleep-deprived young women who served as the subjects of the new study, conducted by University of Georgia kinesiologists. That’s because a jolt of caffeine in the afternoon can add to the problem – causing them to lose sleep – with less benefit.

“The acute energizing effect of exercise and caffeine has never been examined in a single study of adults with chronic sleep deprivation but evidence from a study of this type could help individuals choose between these two common alertness-enhancing options,” Randolph and O’Connor wrote in their study, published in the journal Physiology and Behavior.

For the study, the pair found 18 college women ranging from ages 18 to 23 willing to participate. They asked them to spend 10 minutes climbing stairs, to take a 50-mg caffeine pill, or to take a placebo pill in a blind test.

They found that the women reported higher energy after climbing stairs than they did after taking either the caffeine pill or the placebo.

“A brief bout of low-to-moderate intensity stair walking has transient energizing effects that exceed a low dose of caffeine for active young women with chronic insufficient sleep,” they wrote.

In other words, it gives you a stronger energy boost that lasts longer, without staying in your system for four to five hours the way caffeine does. The short, moderate burst of exercise also doesn’t serve up most of the side effects of caffeine, like restlessness and stomach irritation.

It may be less tasty than a caramel macchiato, but for people who need energy in the afternoon without lingering effects on sleep, climbing stairs may be a better option – and better for the waistline, too.