Neighboring volcanoes in Bali may be connected by a plumbing system • Earth.com 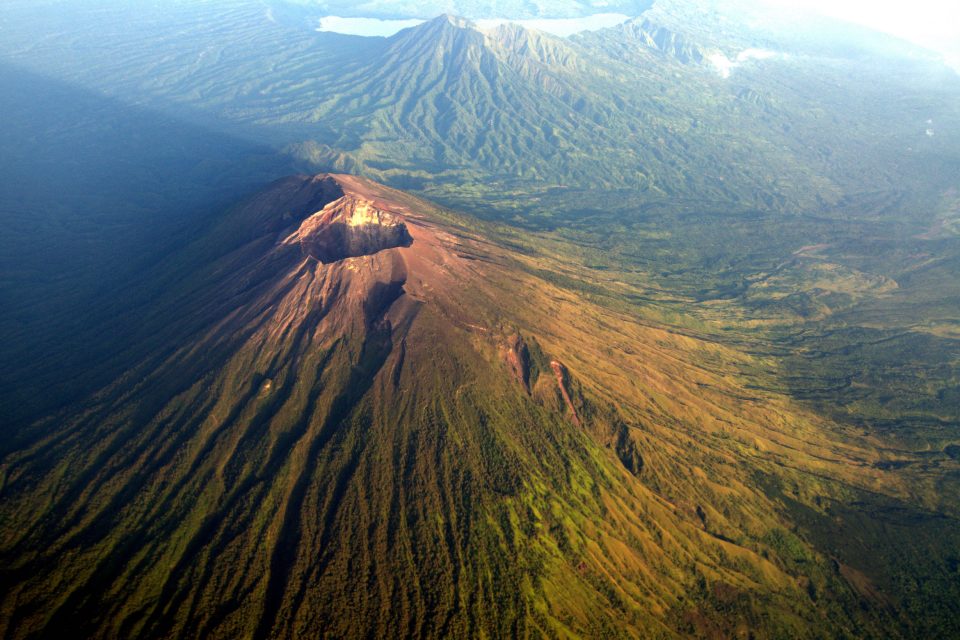 Neighboring volcanoes in Bali may be connected by a plumbing system

After lying dormant for 50 years, the Agung volcano in Bali erupted in 2017, and a new study has provided valuable insight into why.

Researchers from the University of Bristol monitored the volcano and seismic activity in and around the area to understand what caused the caldera to spring to life after such a long period of dormancy.

Satellite imagery from the European Space Agency’s (ESA) Sentinel-1 satellite was a key part of the study, which was published in the journal Nature Communications.

The results not only help explain Agung’s erratic eruptions but could also help forecast volcanic eruptions in Bali in the future.

The last eruption of Agung, one of the deadliest eruptions of the 20th century, occurred in 1963 and nearly 2,000 people were killed. Agung’s eruption was followed by another eruption of the volcano Batur which is close by.

2017’s eruption was preceded by a sudden spike in seismic activity, and several small earthquakes near Agung prompted mass evacuations.

The Bristol researchers were able to study the volcano and seismic activity before the eruption by reviewing satellite imagery provided by the ESA, and the researchers focused on ground deformations near the volcano that could explain its eruption.

After analyzing the satellite images, the researchers noticed that the northern flank of the volcano rose about eight to ten centimeters during peak seismic events.

“From remote sensing, we are able to map out any ground motion, which may be an indicator that fresh magma is moving beneath the volcano,” said Juliet Biggs, the leader of the research.

A notable part of the study was the discovery that Agung and its neighbor Batur may be interconnected by an underground system of magma which could explain why the eruptions happened so close to each other.

“Surprisingly, we noticed that both the earthquake activity and the ground deformation signal were located five kilometres away from the summit, which means that magma must be moving sideways as well as vertically upwards,” the first author of the study. “Our study provides the first geophysical evidence that Agung and Batur volcanoes may have a connected plumbing system.”