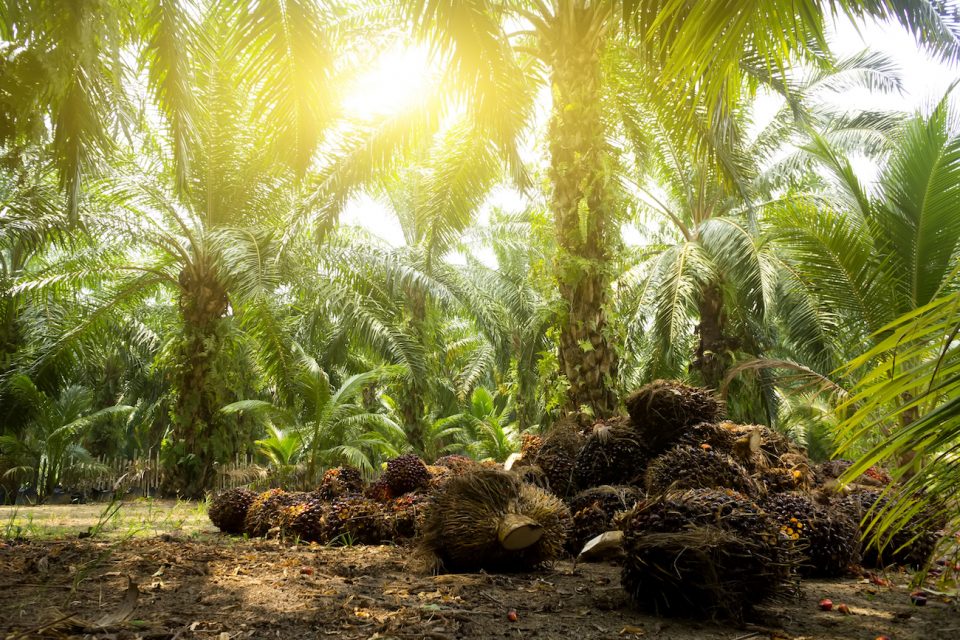 Palm oil is often talked about for its environmental impact as well as omnipresence in everyday food items. Smithsonian Magazine reported in 2016 that although palm oil is the cause of much environmental destruction, it may be better than alternative oil sources. Other plants used for oil cannot produce even a third the amount of oil per acre that does palm oil. Nestle pledges responsible palm oil sourcing — is it progress or greenwashing?

The efficiency of oil produced by palms is evident in its low cost and use in so many different products. According to Toptal, palm oil is the most consumed food oil, making up part of half of all packaged products worldwide. Palm oil is in cosmetics, in toothpastes, in ramen noodles, and is even used as a form of biodiesel. In 2017, 51% of the European Union’s palm oil consumption went to power motor vehicles. National Geographic calls palm oil unavoidable but asks whether it can be sustainable.

Oil palms are an ancient food in west Africa, where they’ve been harvested for as long as 5,000 years for cooking oil. The Oil Palm reports that ancient Egyptian tombs may have even contained casks of palm oil. With the industrial revolution, the British imported palm oil for use in machines, candle making and other industrial purposes. Interest from Britain and the rest of Europe drove the expansion of palm oil plantations in Africa and then in Southeast Asia.

Today, most of the world’s palm oil comes from Asia. WWF reports that roughly 90% of the world’s oil palms are grown on a handful of islands in Indonesia and Malaysia. Unfortunately, oil palm plantations in these places are also a leading cause of destruction of rainforests with stunning biodiversity. Orangutans in Borneo have been hit hard by the deforestation. National Geographic reports that between 1999 and 2015, almost 150,000 of the great apes were killed, partially due to deforestation. Palm oil plantations have now spread throughout the tropics through Latin America as well.

Mexico is very far from Africa or Southeast Asia but a portion of the nation also shares a similar tropical climate. In fact, it is the closest part of the tropics reachable by land to the United States. Mexico has its own palm oil plantations and its own tropical forests to be threatened by their growth. According to Mongabay, Mexico ranks as the #5 most biodiverse nation in the world. In Mexico, the National Commission of Natural Protected Areas currently manages 173 protected areas, and La Encrucijada Biosphere Reserve is one of them.

La Encrucijada is 144,848 hectares of land on the Pacific coast of Mexico in the state of Chiapas. The entire reserve is a mix of different environments, including mangroves, coastal dunes and 7,177 bodies of water, according to UNESCO. The place is a tropical paradise home to jaguars, ocelots, spider monkeys and crocodiles. Planeta reports that La Encrucijada was first declared a state park in 1972 before being upgraded to a National Park in 1995.

Because the park was created relatively recently, there was already agriculture present in the park at its creation. Ranchers and palm oil plantations were grandfathered into the park at its founding. Instead of excluding agriculture from the reserve outright, the Mexican government devised a management plan which allows agriculture in only some areas where it is to be closely managed. The plan is intended to be looked at and revised every ten years.

Earthworm reports that a new film, Protecting the Crossroads, discusses how the management plan for La Encrucijada hasn’t been updated as it should be and that rules haven’t been clearly communicated to farmers or enforced due to lack of resources. In theory, the reserve has two zones, a core zone where no agriculture is to take place (a strict reserve) and a buffer zone where some agriculture is allowed. Unfortunately, agriculture has bled into the core zone, and oil palms have become invasive within the reserve. The result is that without direct deforestation, palm oil agriculture may be threatening La Encrucijada Biosphere Reserve. Interestingly, Earthworm, a non-profit organization, and the Mexican government worked with palm oil buyers, Nestle and Grupo Bimbo, to produce a satellite map of the area to better monitor agriculture in the area.

Nestle is of course a large company that most of us have bought products from in the past. Despite their efforts, the company’s environmental record in La Encrucijada has been mixed at best. Nestle has committed to 100% responsible palm oil by 2020, claiming that in 2018, 64% of their palm oil was sourced responsibly and 54% of the palm oil purchased in 2018 was traceable. This commitment though admirable is far from the entire story of Nestle and palm oil.

ABC reported in 2018 that Nestle can no longer claim sustainable certification for any of its palm oil after being suspended from the Roundtable on Sustainable Palm Oil (RSPO) for failing to submit progress reports. RSPO also noted that Nestle’s membership fee was overdue. A spokesperson for the Rainforest Action Network (RAN) claimed that the company had been deceiving its consumers by moving goals and ‘cherry picking’ targets.

In 2018, Greenpeace called Nestle’s claims to monitor its palm oil for deforestation ‘inadequate’. The environmental activist organization pointed out that Nestle still buys their palm oil from 23 of the ‘dirtiest’ suppliers in Indonesia. Although the palm plantations encroaching on La Encrucijada were a real problem, it seems that the bigger problems with Nestle’s palm oil sources come from Southeast Asia, where the company is doing less to combat deforestation.

Whether or not Nestle’s work in La Encrucijada is part of a larger greenwashing scheme or part of a real commitment to turn over a new leaf is hard to say, but action in one small place from a multinational company only means so much. Bloomberg reported in January of this year that about 20% of the world’s output of palm oil is now grown sustainably but only half that is sold as sustainable oil because buyers don’t want to pay the extra cost. Are we and big companies like Nestle selling our forests for cheaper junk food?      —