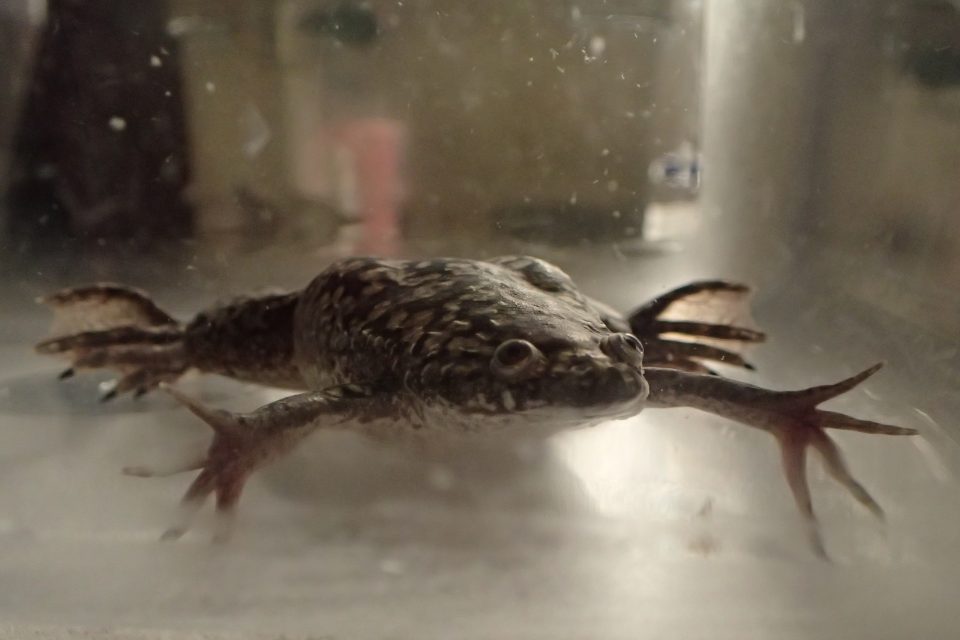 A team of biologists and engineers led by Tufts University has found that progesterone can induce the regeneration of limbs in otherwise non-regenerative adult frogs. This discovery will provide experts with a better understanding of regeneration and could ultimately help to advance the treatment of amputation injuries.

The researchers created a wearable bioreactor that was attached to a wound site to deliver progesterone over a 24-hour period. They found that this had a lasting influence on tissue regrowth, allowing the frogs to partially regenerate hind limbs that had been lost.

Incredibly, it took only took 24 hours of exposure to progesterone to promote nine months of changes in gene expression and patterned growth. The outcome suggests that the drug-device could serve as a new model for testing therapeutic compounds that could induce regrowth in non-regenerative species.

According to the study authors, while the restoration of limbs has been an important focus in biomedical research, very little has been reported of rebuilding or repairing lost limbs in non-regenerative animals. Beginning with the findings of this study, the researchers hope to discover ways to induce regeneration in organisms that do not have this ability.

“We looked at progesterone because it showed promise for promoting nerve repair and regeneration. It also modulates the immune response to promote healing, and triggers the re-growth of blood vessels and bone,” said study lead author Dr. Celia Herrera-Rincon. “Progesterone can also regulate the bioelectric state of cells, caused by cells passing ions across their outer membranes, which is known to drive regeneration and body pattern formation.”

The wearable device that administered the progesterone was developed in the laboratory of Dr. David Kaplan. The ability to regenerate limbs would be a remarkable breakthrough for humans. In the United States alone, two million people live with limb amputations.