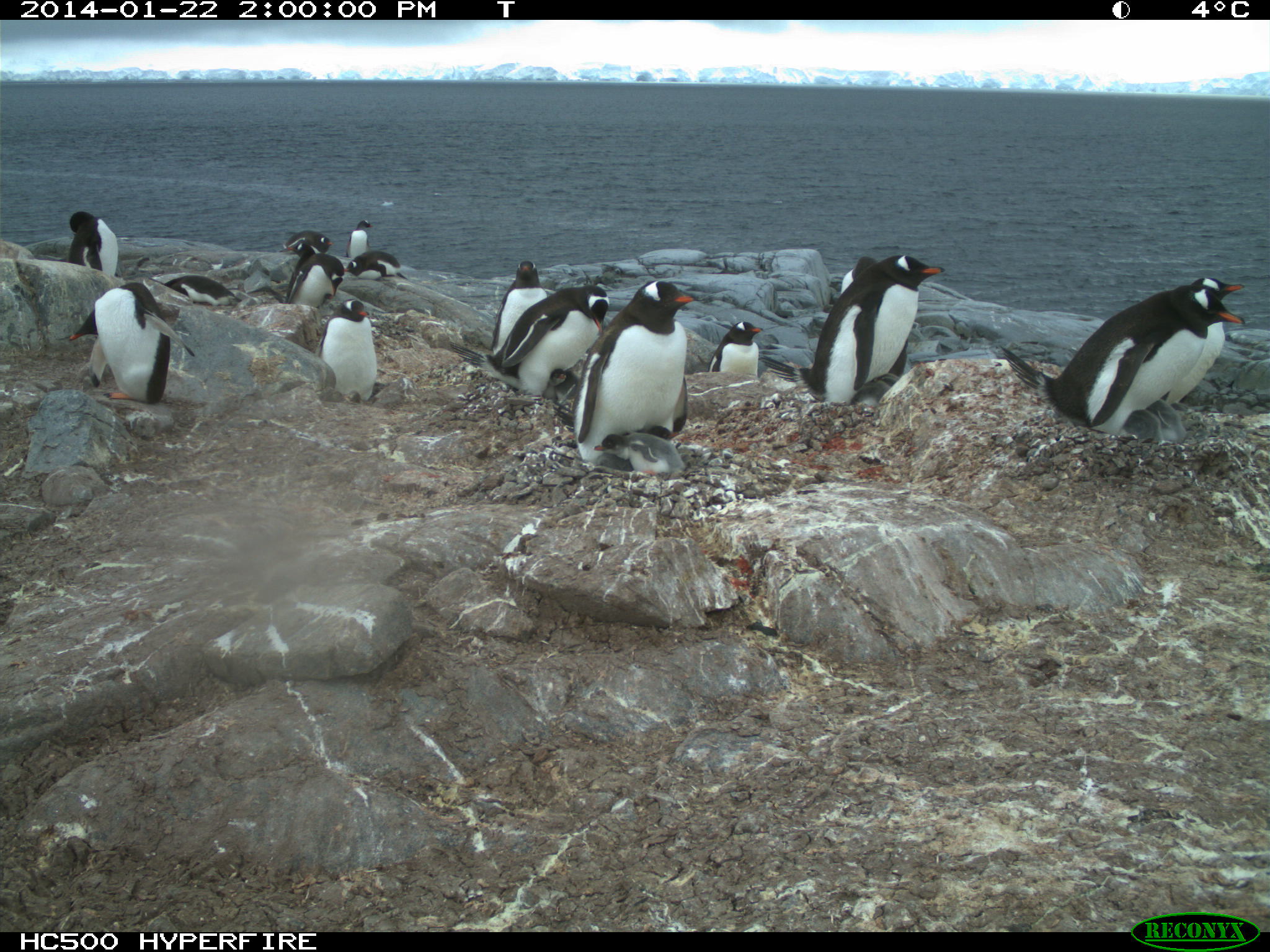 The Gentoo Penguins are easily recognizable with their white eye patches and fiery red beaks. These penguins are particularly fascinating to scientists because they are persevering in a region where other penguins species are dwindling. An opportunity to study the Gentoo Penguins in their natural habitat usually means braving the frigid terrain of areas such as the Antarctic peninsula or the sub-Antarctic islands. A team of researchers created an easier way to get a glimpse of these birds by setting up time-lapse cameras.

Experts from the University of Oxford and The National Scientific and Technical Research Council of Argentina set out to observe the Gentoo Penguins and their behavior during nonbreeding season. The cameras were placed at seven sites in Antarctica, Argentina, and on several islands. The goal was to analyze the patterns and actions of the species across their range to determine when they occupy breeding sites. The study, published in The Auk: Ornithological Advances, shows that the Gentoo Penguins arrived at their breeding sites early in the nonbreeding season. They were present in greater numbers when there was open water and the coastline was not shut in by ice.

Caitlin Black is a researcher with the University of Oxford. She explains,”Working with cameras allows us to understand half of this species’ life without having to spend the harsh winter in Antarctica. It has been exciting to discover more about why Gentoos are present year-round at breeding sites without having to handle a single bird. I believe the applications for this technology are far-reaching for colonial seabirds and mammals, and we are only just beginning to discover the uses of time-lapse cameras as deployed virtual ecologists in field studies.”

Each of the cameras captured between eight and fourteen images per day. Volunteers accessed the website penguinwatch.org and reported the number of penguins visible in each photo. Ultimately, the different observation sites fell into three groups that are distinguishable by breeding site attendance patterns and the number of penguins present.

Mark Hauber is the Editor-In-Chief of The Auk: Ornithological Advances and a professor of Animal Behavior at Hunter College and the Graduate Center of the City University of New York. Hauber says, “What most seabirds do away from their nest is often anybody’s guess. For Antarctic birds, this is compounded by the long periods of darkness that penguins and others must face in the winter.”

Hauber adds, “This new research in The Auk: Ornithological Advances on Gentoo Penguins colonies reveals critical year-to-year differences in where the birds are when they are not nesting: In some years, only the most temperate sites are visited, and in other years both southerly and northerly locations are busy with penguins.”

Animals such as the Gentoo Penguins make modifications in their migration patterns to adjust to their changing habitats. Results of these types of studies can be used to analyze the impact that disturbances – such as the fishing industry and climate change – have on penguin populations.

Source: The University of Oxford