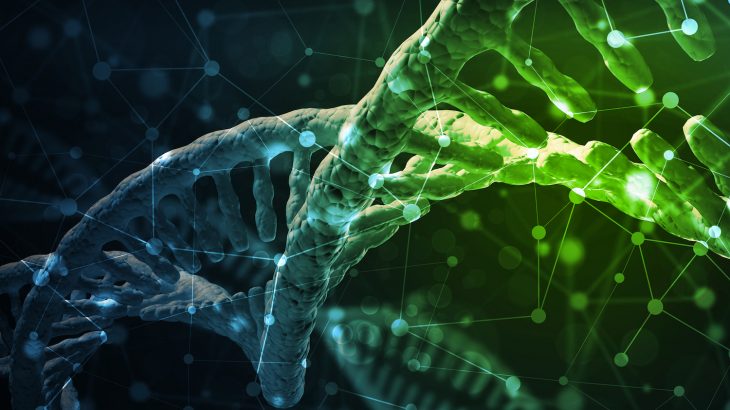 Patent laws usually stop people from patenting something that already exists in nature. You can’t patent a new tree species you discovered in the wild, for instance. You can of course patent an invention like a water system that keeps trees healthy. There is some grey area, though.

It’s possible to patent certain varieties of a plant. If you breed trees together to create a hybrid with certain qualities, you could potentially patent it, even though for some this is patenting something essentially natural rather than a human invention or innovation.

Plants are particularly singled out in patent law. The 1930 Plant Parent Act allowed patenting of plants created with asexual reproduction. The 1970 Plant Variety Protection Act allows patenting of certain sexually produced varieties of plants. This is the edge of a continuing controversy – what should we allow to be patented?

The relatively new science of genetics is at the heart of the debate. According to the National Human Genome Research Institute, the first gene to receive a patent in 1982 followed a Supreme Court decision in the case of Diamond Vs. Chakrabarty. The decision came after a patent examiner refused a patent for a genetically modified bacteria capable of breaking down crude oil. The patent examiner claimed that US patent law didn’t allow microorganisms to be patented.

The strength of the case for patenting the bacteria rests on the fact that the bacteria could do something no ‘naturally’ occurring bacteria could do, namely break down crude oil. Because the bacteria wasn’t exactly naturally occurring, instead modified genetically to perform a task, it represented a sort of invention or in the words of patent law, “new and useful ‘manufacture’ or ‘composition of matter’.”

So far, the Supreme Court has been ahead of Congress in determining the legality of patenting certain genes, with little new laws coming forth to govern gene patenting specifically. Despite this, gene patenting has continued full steam ahead. The Hasting Center reports that there are 3,000 to 5,000 patents on human genes and an additional 47,000 patents on inventions involving genetic material. These patents have important consequences on medical research and innovation, and on the lives of patients as well.

Patents in the medical industry were once unpopular, according to an NPR report. Dr. Jonas Salk, creator of the polio vaccine, replied to the question if he owned a patent for the vaccine with a famous quip, “Could you patent the sun?” Times have changed. Patents, on human genes especially, allow a single company to dominate a field of medical research, pushing any other researchers out or forcing them to pay high fees simply to carry out research.

The problem came to a head in a Supreme Court case brought by the American Civil Liberties Union, claiming that patents on genes were stopping scientists from pursuing basic research on BRCA genes involved in cancer. The Supreme Court sided with the ACLU in a unanimous decision. Still, isolated genes have continued to be patented and Congress has finally started to take a look at updating patent law.

The Senate concluded a series of hearings on a new draft bill that would change the eligibility required for a patent. The bill would potentially allow genes to be patented. Unfortunately, the new bill doesn’t necessarily clarify much and its interpretation is still up for debate. Some feel the new bill would overturn the court decision and allow human genes to be patented but that rests on interpretation of a single word. Not only gene patenting is at stake either.

Tech companies oppose the new bill, fearing that it would enable so called ‘patent trolls’. Patent trolls use patents as weapons to pillage rather than truly creating anything themselves. The idea is simple: you patent something obvious that many technologies need, and then charge companies to license that technology from you.

The Verge reported in 2018 on a case of a company being awarded by a federal court over $500 million from Apple for patent infringement. The company, VirnetX, is a “patent-assertion entity,” which means that their business model is based around suing companies for obscure patent infringement after technologies have been developed. VirnetX had a boost in stock prices after the ruling but it’s uncertain whether it will upheld through the appeal process.

It’s the proliferation of similar tactics as well as patents that interfere with basic medical research many fear. The concern is that this new patent law will stifle technological innovation as well as medical research. Others argue the exact opposite, that allowing patents encourages more research by allowing researchers to profit.

I personally worry about the issue independent of economics on the basis of simple ethics and morality. What does it say about us as a society that we can fathom parsing up organisms, even humans, into little bits of data which can each be patented for the profit of a single business?

Bloomberg Law reports that the bill introduced as a bipartisan revamp of section 101 patent law by Senators Tillis and Coons concluded the last closed round table with industry, the ACLU, and other interested parties in March. The last hearing, however, took place on June 4th and some, including organizations such as the Electronic Frontiers Foundation and the ACLU, are concerned about the potential impact of the bill if it becomes law.

The law itself leave companies and organizations unsettled with the less than clear language it uses. One key change seems to be that the proposed law appears to allow patents on “abstract ideas,” “laws of nature,” and “natural phenomena.” What this would mean in reality is hard to guess, but it would allow many more patents to be issued. I don’t wish to overstate the matter of a new patent law, but more is at stake than simple economics.

What we allow to be patented is what the government allows to be commodified as the intellectual property of an individual or group. It’s worth asking – what should we allow to be property up for sale and what is inviolable and invaluable? In America, it’s not a question you often hear.