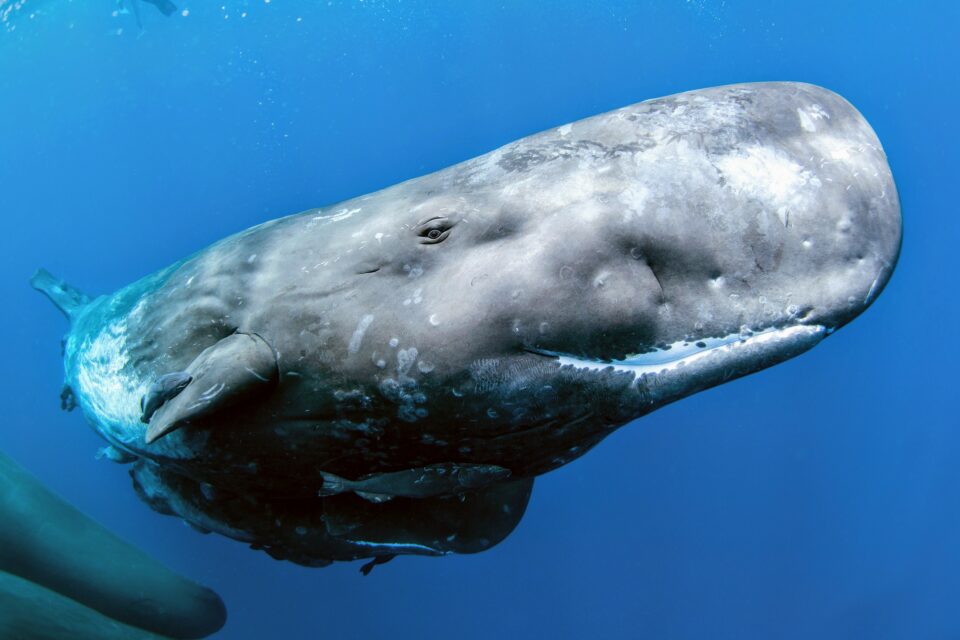 An international team of scientists has recently launched an ambitious initiative to listen to, contextualize, and translate the language of sperm whales, with the final goal of managing to establish communication with these majestic marine mammals. The research is known as Project CETI (the Cetacean Translation Initiative).

In order to accomplish this goal, scientists will use state-of-the-art machine learning and non-invasive robotics to listen and translate the whales’ language before attempting to communicate with them.

The sperm whale has the largest brain on Earth (more than five times heavier than the human brain), lives in tightly knit family groups, and has a complex communication system. The whales are vital to our environment since they support oxygen supply and keep carbon out of the atmosphere.

“These animals make a clicking sound at varying frequencies when they are in the company of other whales. The question is, is this just a simple code or a true language?” pondered project co-leader Dan Tchernov, a professor of Marine Biology at the University of Haifa.

“Right now, our database is not comprehensive enough to know the answer to this question. However, with the advancement of machine learning, and advanced linguistics, we realized that if we gathered enough data about their voices, the context in which these sounds are employed and understood and their behavior and motivation behind these sounds, we can then develop an algorithm which will determine whether they have an authentic language.”

During a period of five years, Project CETI will bring together an international team of cryptographers, roboticists, linguists, marine biologists, and technologists in order to develop non-invasive devices and employ them to collect and interpret the sounds made by a large number of sperm whales. According to Professor Tchernov, the ultimate goal of this project would be to communicate with the whales, on their own terms.

“Project CETI is a human journey into our relationship with other creatures on the planet,” said the project’s founder and leader David Gruber, a professor of Biology and Environmental Sciences at the City University of New York.

“Through an understanding of a non-human species and the power of collaborative research, we are hoping to ignite a worldwide movement to reshape our relationship with life on Earth and connect to and learn from nature.”