New pterosaur species found on the coast of Angola • Earth.com 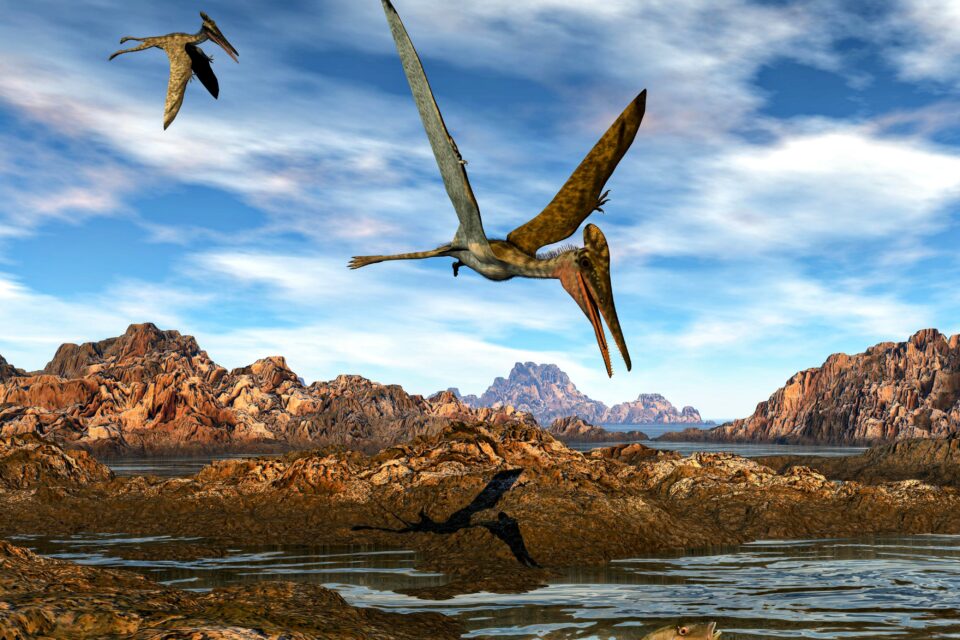 New pterosaur species found on the coast of Angola

A new species of the dinosaur age has been identified from the Atlantic coast of Angola. An international team named the new genus and species Epapatelo otyikokolo. With wings spanning nearly 16 feet, this flying reptile was found in the same region as fossils from large marine animals currently on display at the Smithsonian’s National Museum of Natural History.

The fossils date back to the Late Cretaceous which is extremely rare. “This new discovery gives us a much better understanding of the ecological role of the creatures that were flying above the waves of Bentiaba, on the west coast of Africa, approximately 71.5 million years ago,” said team member Michael J. Polcyn.

Paloentologists Louis L. Jacobs and Polcyn forged the Projecto PaleoAngola partnership with collaborators in Angola, Portugal, and the Netherlands to explore Angola’s rich fossil history. The international team discovered and collected the fourteen bones from Epapatelo otyikokolo in Bentiaba, Angola, starting in 2005. Bentiaba is located on the Angola coastline that the team  called a “museum in the ground” because of the many fossils that were discovered.

Once they returned, the team spent 13 years with a small army of students to prepare the excavated fossils. Epapatelo otyikokolo is believed to have been a fish-eating pterosaur similar to large modern-day seabirds.

“They likely spent time flying above open-water environments and diving to feed, like gannets and brown pelicans do today,” said study co-author Louis L. Jacobs. “Epapatelo otyikokolo was not a small animal, and its wingspan was approximately 4.8 m, or nearly 16 feet.”

Since the study, more fossils have been discovered suggesting that the species could have been even larger in size. Pterosaurs were impressive creatures, with some of the largest species having wingspans of nearly 35 feet.

Many of those fossils are currently on display at the Smithsonian’s National Museum of Natural History “Sea Monsters Unearthed” exhibit.