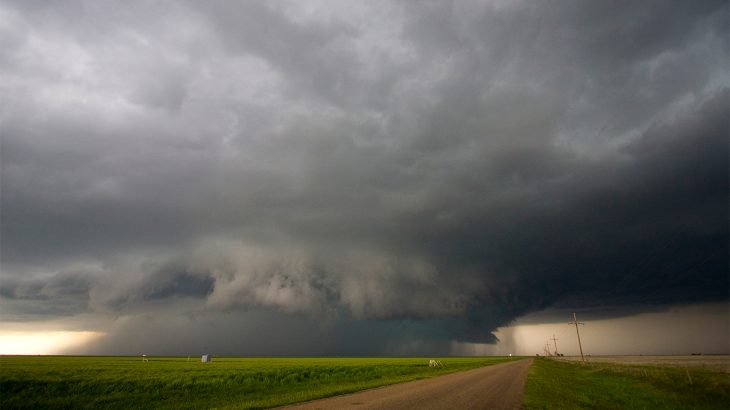 The newest innovation in cube technology – the RainCube – is actually more weatherman than cube. This satellite is no bigger than a shoebox, yet it contains enough experimental technology to see storms by detecting rain and snow, and does so from way up above our heads.

The RainCube is a small satellite prototype that could one day be the first of a fleet of RainCubes to help us monitor severe storms and improve the accuracy of weather forecasts – as well as track climate change over time.

“We don’t have any way of measuring how water and air move in thunderstorms globally,” says Graeme Stephens, director of the Center of Climate Sciences at NASA’s Jet Propulsion Laboratory in Pasadena, California. “We just don’t have any information about that at all, yet it’s so essential for predicting severe weather and even how rains will change in a future climate.”

The device is able to “see” objects using radar, and has an umbrella-like antenna to send our specialized radar signals that bounce off raindrops, and reveals a picture of what the inside of a storm looks like. “The radar signal penetrates the storm, and then the radar receives back an echo,” explains Principal Investigator Eva Peral. “As the radar signal goes deeper into the layers of the storm and measures the rain at those layers, we get a snapshot of the activity inside the storm.”

RainCube was first deployed into low-Earth orbit from the International Space Station in July. It sent back its first images of a storm over Mexico in August, and would later send a second wave of images in September in the first rainfall of Hurricane Florence.

However, the RainCube was never designed to track entire storms by itself. This first deployment was simply a demonstration of how the mini-rain radar could work. Many more of these satellites could be sent into orbit, tracking storms and relaying updated information every few minutes.

“We actually will end up doing much more interesting insightful science with a constellation rather than with just one of them,” Stephens says. “What we’re learning in Earth sciences is that space and time coverage is more important than having a really expensive satellite instrument that just does one thing.”

This new technology could potentially lead to an entirely novel way for us to observe our planet using many small radars.

“There’s a plethora of ground-based experiments that have provided an enormous amount of information, and that’s why our weather forecasts nowadays are not that bad,” says Simone Tanelli, the co-investigator for RainCube. “But they don’t provide a global view. Also, there are weather satellites that provide such a global view, but what they are not telling you is what’s happening inside the storm. And that’s where the processes that make a storm grow and/or decay happen.”