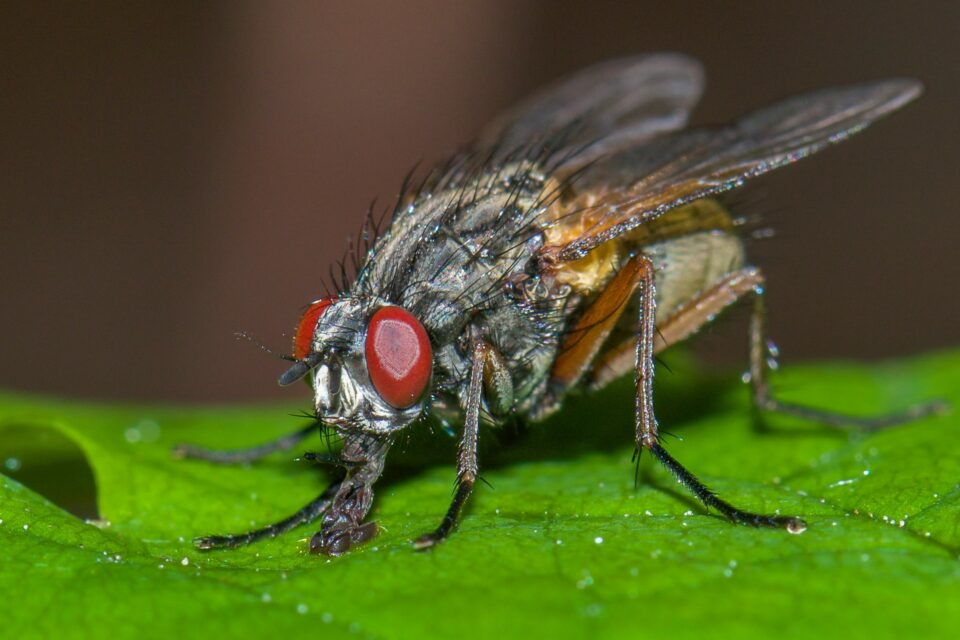 A study from the University of Massachusetts Amherst has revealed that non-biting flies are underestimated in their ability to transmit diseases to humans. Biting flies are known to spread diseases by transferring infected blood from host to host. The new research suggests that the vomit of non-biting flies poses an even greater risk to human health.

“I’ve been working on synanthropic flies since I was a graduate student in the 1960s,” said John Stoffolano, a professor of entomology at UMass Amherst’s Stockbridge School of Agriculture. “And synanthropic flies have largely been ignored. Blood-feeding flies have taken the limelight, but we should pay attention to the ones that live among us because they get their nutrients from people and animals that shed pathogens in their tears, feces and wounds.”

For example, the common house fly may eat foods such as roadkill, animal dung, or rotting garbage before entering a home. Each time the fly feeds, it fills its crop.

“The crop is like a gas tank, a place to store food before it makes its way into the digestive tract where it will get turned into energy for the fly,” explained Stoffolano.

The crop is used for storage – not for digestion.  According to the researchers, there are very few digestive enzymes or antimicrobial peptides present to neutralize most pathogens. This means that the crop essentially becomes a place to store disease-producing pathogens.

The experts explained that, as the fly then takes off,  it gets rid of excess water in its crop by regurgitating the water. If the fly has landed on a sandwich, it will empty its crop onto the bread.

Stoffolano noted that we still don’t know many of the basics about these flies. “It’s the little things that cause the problems. Our health depends on paying closer attention to these flies that live with us.”

The study is published in the journal Insects.