Nonlethal parasite infections can lead to a greener world • Earth.com 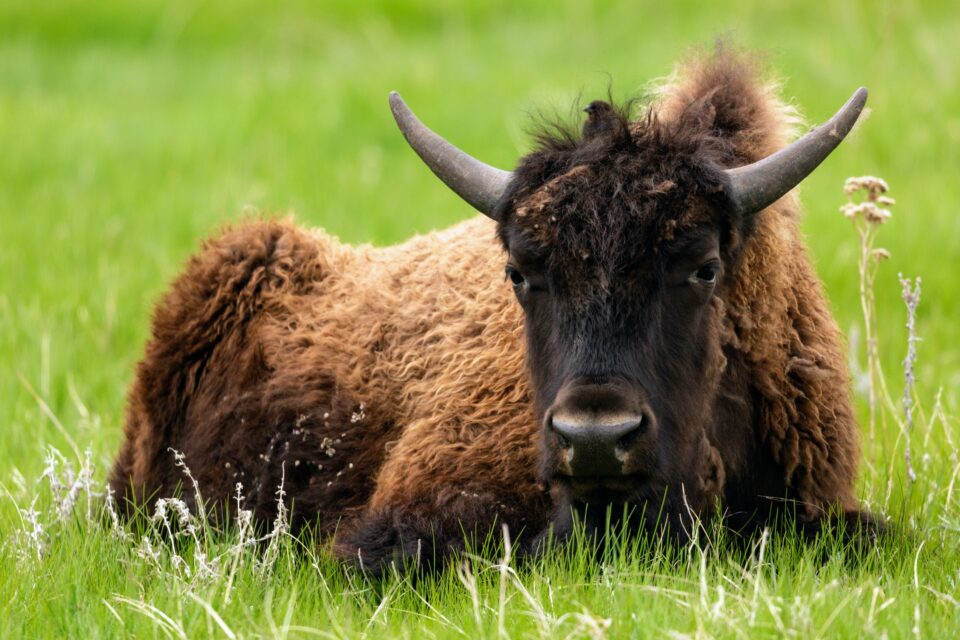 Many herbivorous animals, such as deer, caribou, or bison are often infected by a variety of internal parasites, including worms called helminths. Although most of these infections are not lethal, they can still have a major impact not only on the animals’ health and behavior, but also on the larger ecosystems they inhabit.

For instance, infected herbivores usually eat less grass or other vegetation than they normally would. Thus – in a fascinating twist – a world with more (nonlethal) parasitic infections is often a greener, more biodiverse, world. A research team led by the Washington University in St. Louis (WUSTL) has now employed a mathematical model and a global meta-analysis to investigate such cascading consequences of common parasitic infections in wild animals on terrestrial ecosystems.

“Parasites are well known for their negative impacts on the physiology and behavior of individual hosts and host populations, but these effects are rarely considered within the context of the broader ecosystems they inhabit,” said study lead author Amanda Koltz, a global change ecologist at WUSTL.

“In this study, we show that pervasive parasitic infections reduce herbivory rates and can therefore trigger trophic cascades that impact plant communities. This work helps fill a recognized knowledge gap regarding the ecological consequences of parasitic infections in natural ecosystems.”

While previous studies have suggested that the types of parasites that eventually kill their hosts can trigger cascading effects on ecosystems in similar ways to predators, the broader effects of nonlethal infections have not yet been systematically discussed.

“The potential for lethal infections that dramatically increase host mortality to have ecosystem-level effects is somewhat intuitive, especially when the hosts that are killed play a key role in the ecosystem. For example, rinderpest, a virus that killed millions of ruminants in sub-Saharan Africa prior to the 1960s, changed tree densities in the Serengeti ecosystem through its effect on wildebeest mortality,” explained study senior author Vanessa Ezenwa, a professor of Ecology and Evolutionary Biology at Yale University. “Our model suggests that sublethal infections, although more cryptic, can have equally important effects on ecosystems; and our meta-analysis shows how pervasive the sublethal effects of helminth parasites are in nature.”

The researchers focused on the effects of helminth parasite infections on population densities of caribou hosts and their plant and lichen food resources. They found that any of the three types of harm caused by parasitic infections – harm to host survival, reproduction, or feeding rates – can cause cascading effects. However, while helminth infections significantly reduce the feeding rates of hosts, they are not associated with host survival or fecundity.

“Taken together, the broader relevance of these results is that there are likely widespread – yet overlooked – ecological consequences of sublethal parasitic infections. Given that helminth parasites are ubiquitous within free-living populations of ruminants, our findings suggest that global herbivory rates by ruminants are lower than they otherwise would be due to pervasive helminth infections. By reducing ruminant herbivory, these common infections may contribute to a greener world,” concluded Dr. Koltz.