Climate change is altering the way that sharks swim • Earth.com 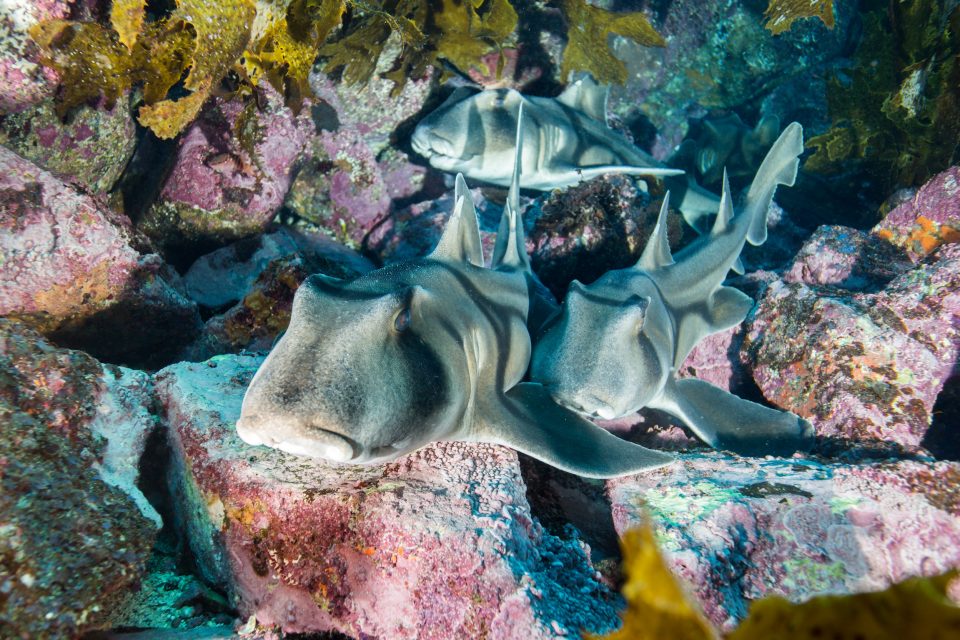 Climate change is altering the way that sharks swim

A new study has revealed how increases in ocean temperatures are changing the way that sharks swim.

Biologists from Macquarie University in Sydney incubated Port Jackson shark eggs in different water temperatures to see how projected changes in ocean temperature due to climate change might impact sharks.

The researchers found that sharks incubated in warmer temperatures had a lower survival rate and were “right-handed,” meaning the sharks tended to swim to the right.

Obviously, sharks don’t have hands, but the researchers are using a common term associated with lateralization to help describe the changes in shark swimming patterns if climate change continues unchecked.

Lateralization describes the sides of the brain that are more in control of specific tasks over others.

In fish, lateralization helps determine which direction to swim and since climate change is projected to increase ocean temperatures, it will be important to gauge how these changes will impact shark behavior and lateralization.

“Lateralization may enable sharks to process information more efficiently, even if their brains are smaller or less well-developed,” says Catarina Vila Pouca, the lead author of the study told Scientific American.

For this study, which was published in the journal Symmetry, the researchers snorkeled for Port Jackson shark eggs off the coast of Eastern Australia.

The researchers then incubated 12 eggs in a tank with temperatures comparable to the ocean waters where the eggs had been found.

Another 12 eggs were incubated in a tank meant to simulate ocean warming by the end of the century with temperatures gradually raised to 74.5 degrees Fahrenheit. Within a month of hatching, five of the sharks that had been incubated in the warmer tank died.

To test how the water temperatures affected lateralization, the researchers placed a shark in a long tank with a y-shaped partition at the end.

On the other side of the partition was a reward and all the shark had to do was go right or left. The sharks from the warmer tank were more inclined to veer right compared to the sharks incubated in ambient water temperatures.

The research indicates that warmer temperatures force sharks to be smarter about energy conservation and allocation as climate change is projected to put a strain on development and metabolism for many creatures.

“Elevated temperature significantly increased developmental rates and metabolism, with associated costs in terms of energy allocation to growth and physiological processes,” the researchers wrote in their study. “Therefore, stronger lateralization may arise as an energy-saving mechanism.”
—