Nyiragongo volcano in Congo is one of the most active on Earth • Earth.com 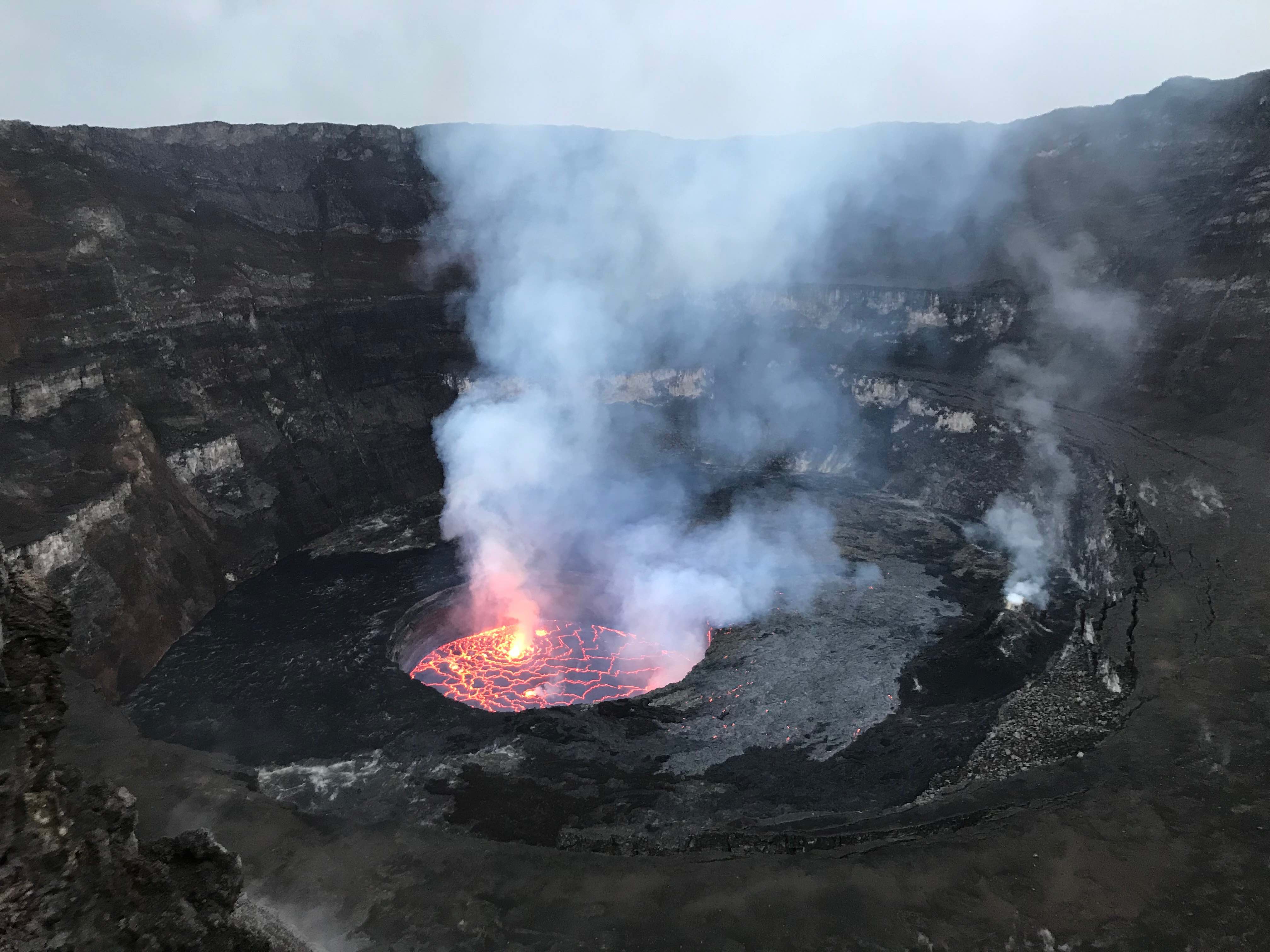 Amidst the latest headlines surrounding the Kilauea volcano in Hawaii, the United States Geological Survey’s constant updates of the volcano’s latest activity show how important seismic monitoring can be.

Kilauea is just one of the world’s most active volcanoes and studying hotspots of volcanic activity can aid in predicting eruptions and give seismologists a clearer understanding of magma systems.

During the recent 2018 Seismological Society of America annual meeting, researchers from the European Center for Geodynamics and Seismology presented a discussion on the many different methods being used to monitor lava lake levels of the Nyiragongo volcano in the Democratic Republic of Congo.

Nyiragongo is another extremely active volcano with a persistent lava lake that seismologists are keeping a steady eye on.

In 2002, an eruption of the volcano sent a river of lava into the town of Goma, displacing hundreds of thousands and causing a major humanitarian crisis.

During the eruption, the lava lake drained to a depth of 600 to 800 meters before eventually filling up again. The current levels are high and the lava lies about 400 meters below the top of the crater.

Researchers are monitoring Nyiragongo’s lava lake using satellite imagery to measure lake depth as well as analyzing seismic and infrasound signals generated by the volcano which is collected continuously.

“The lava lake level is, among other things, related to the variations of the pressure inside the magmatic system underneath Nyiragongo volcano,” said Adrien Oth from the European Center for Geodynamics and Seismology.

According to Oth and his colleagues, the lava lake “represents a window into the magmatic system, and its level fluctuations provide information on the recharge and drainage of the magmatic system, such as batches of fresh magma and/or gas, or lateral magmatic intrusions into the surrounding crust.”

Using many different techniques to observe, track, and record lava lake activity gives the researchers an in-depth look at the volcano. The team can gauge pressure changes with the infrared seismic activity measurements and use satellite imagery to show variations in lake levels.

Images taken by the satellites measure the length of the shadow cast by the crater’s edge on the lake surface and the researchers can use this to calculate the lake’s depth.

There had only been very little data on the volcano and its activity from previous years, and so the new expansive monitoring effort is a critical addition to not only understanding the inner workings of Nyiragongo and but also in predicting future eruptions.

“Over the past few years, our consortium assisted the Goma Volcano Observatory to deploy one of the densest modern real-time telemetered monitoring systems in Africa,” said the researchers. “Combined with modern processing techniques, these newly acquired datasets provide unprecedented opportunities to investigate the behavior of this unique magmatic system.”