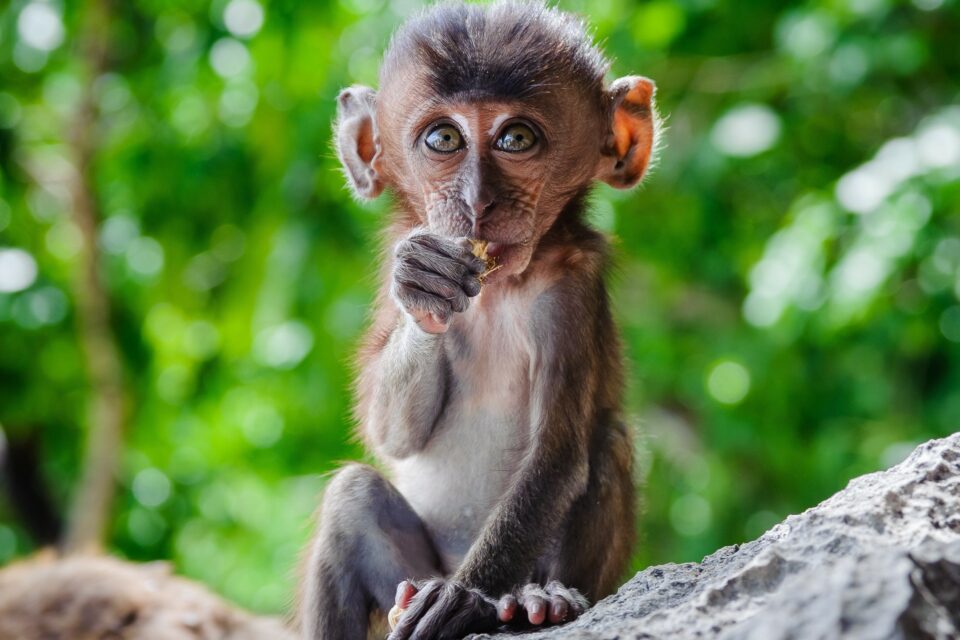 In humans, obesity during pregnancy is associated with increased risk of infection and unusual inflammatory responses in the offspring, although the underlying mechanisms whereby the offspring’s immune system is adversely affected remain unknown. In addition, the impact of maternal obesity on the immune system of the fetus in models that resemble human development has not been investigated in detail.

In new research on rhesus macaque monkeys, females were fed a Western-style diet (WSD) that was high in fat, or a monkey chow control diet that was low in fat. Females began on the diets at puberty and, after 5.5 years those on a WSD had significantly more body fat. All the females were then mated and became pregnant. Their fetuses were collected by C-section just before birth (130 days out of a gestation of 165 days) and assessed for the status of hematopoiesis, the formation of blood cellular components, in the bone marrow.

“We were motivated to investigate how maternal obesity impacts the fetal immune system during pregnancy in nonhuman primates, representing the most relevant animal model for studying human development,” says Oleg Varlamov of the Oregon National Primate Research Center.

During late development, the fetal bone marrow becomes the major site where immune cells, called macrophages and B-lymphocytes (or B-cells), are produced from precursors known as hematopoietic stem and progenitor cells (HSPCs). In the new study, Varlamov and his collaborators analyzed the transcriptional landscape of fetal bone marrow HSPCs at single-cell resolution in fetal macaques exposed to a maternal high-fat, Western-style diet or a low-fat control diet.

The results, published in the journal Stem Cell Reports, demonstrated that a WSD alters the transcriptional landscape of fetal blood stem cells in rhesus macaques. The high-fat, Western-style diet induced hyperinflammatory responses in HSPCs and fetal macrophages, and suppressed the expression of B-cell development genes. This suggests that a maternal WSD negatively affects, and potentially dysregulates, the development of B-cells that are critical components of a healthy immune system.

Study limitations included the small sample size, which might limit the ability to detect weaker effects of maternal diet on fetal outcomes. In addition, the researchers didn’t explore the effects of maternal obesity on postnatal development and only focused on prenatal development. Further studies are also needed to test whether maternal obesity disrupts offspring responses to infection and inflammation.

“This study sets the stage for understanding the link between maternal obesity, prenatal nutrition, and diseases involving immune progeny of the HSPC compartment in children, and highlights the need to better understand the susceptibility of the developing hematopoietic system to metabolic dysregulation over the lifetime,” Varlamov says.