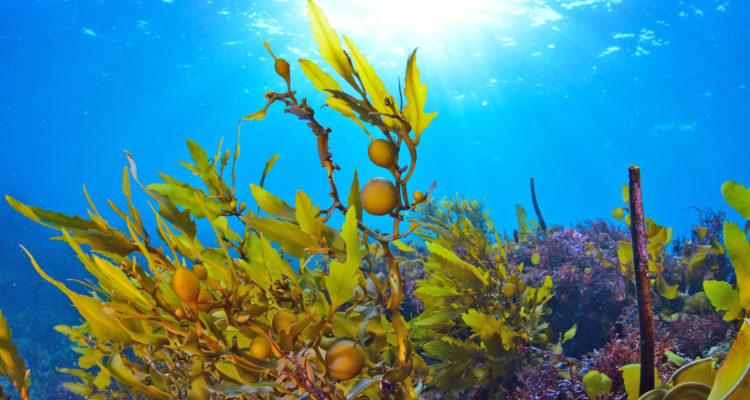 The oceans hold a vast reservoir — 700 billion tons — of carbon, dissolved in seawater as organic matter, often surviving for thousands of years after being produced by ocean life. Yet, little is known about how it is produced, or how it’s being impacted by the many changes happening in the ocean.

Think of dissolved organic carbon, or DOC, in the ocean as tree leaves and other dead organic matter falling to the forest ground–a portion of this natural carbon sustains life while the remainder remains hidden in the soils, being sequestered for many years. As is true in the forests, this vital, residual carbon reservoir is necessary to sustain life in the ocean, and to sequester vast amounts of carbon in its great depths.

To better understand this important pool of ocean carbon, researchers at the University of Miami (UM) Rosenstiel School of Marine and Atmospheric Science used data collected over the past 15 years on several international scientific cruises to map the distribution of this material in the Atlantic Ocean. From the analysis, they found that this major basin contributes one third of the global ocean net production of dissolved organic carbon. 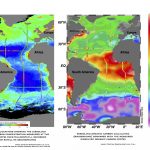 “Carbon is involved in all aspects of our life,” said Dennis Hansell, UM Rosenstiel School professor of ocean sciences and coauthor of the study. “We need to understand the carbon cycle on Earth especially as we add more from the burning of fossil fuels.”

Dissolved organic carbon is the primary food source at the base of the marine food chain. It is produced by phytoplankton during photosynthesis, and it is mostly consumed by microbial life. The remainder that is not consumed by microbes accumulates in the ocean.

The researchers discovered that the production of dissolved organic carbon at the ocean’s surface could be accurately predicted by measuring the amount of nutrients arriving into the euphotic, or sunlit, zone. The nutrients arrive there mostly by winter mixing and upwelling, and in turn support the growth of ocean plant life. From the arrival of nutrients to the surface ocean, they estimated the resulting plant growth and the production of residue, the DOC, from that growth. From those estimates, they built a map of DOC at the surface of the entire Atlantic Ocean.

“In our work, we found that the production of dissolved organic carbon depends on the quantity of nutrients that reach the euphotic zone from deeper layers,” said Cristina Romera-Castillo, a former postdoctoral researcher at the UM Rosenstiel School and lead author of the study. “In future scenarios, how climate change will affect the nutrient arrival to the surface ocean will determine the inventory of dissolved organic carbon in the ocean.”

This inventory in turn affects the cycling of carbon on Earth, which has important roles in climate.