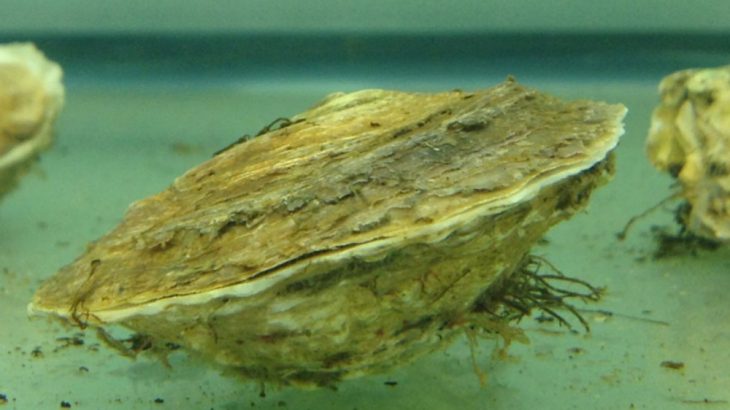 The Deepwater Horizon disaster in 2010 flooded the Gulf of Mexico with more than 170 million gallons of oil. But using oil dispersants to clean up after the spill may have caused further damage to the oysters that live in the Gulf, a new study has found.

A team of researchers at the University of Connecticut joined with the Morris Animal Foundation to see how the deployment of oil dispersants like Corexit 9500 after the massive Deepwater Horizon spill affected Gulf marine life.

They compared the effects of oil, Corexit 9500, and a combination of both on Eastern oysters. The oysters – one of the Gulf’s important marine species – likely suffered toxic effects from the oil dispersants used after the Deepwater Horizon spill, the study found.

“There’s an unfortunate trade-off to using dispersants like this,” study co-author Lindsay Jasperse said in a press release. “They may prevent giant oil spills from washing ashore and damaging wetlands, but they also cause negative effects for species below the ocean’s surface that might have been spared if dispersants weren’t used.”

Oysters in the Gulf help to keep the water clean. They filter particles and nutrients out of the water to feed, helping to keep the waters clear for other species. But while oysters can create reefs and habitats for other species, their stationary nature makes them more vulnerable to disasters like the Deepwater Horizon spill. It also means that they can’t escape from the oil dispersants used to clean up such spills.

For the oysters, the UConn team discovered, Corexit 9500 alone was even more toxic than the oil. The mixture of oil and oil dispersants was also damaging to the oysters’ immune systems; however, oil alone didn’t affect their immune systems. The scientists also found that the dispersant had the biggest impact on oyster feeding rates, while the combination of dispersant and oil had the least effect.

“Knowing the effects dispersants and oil have on oysters can help us make better mitigation recommendations the next time an environmental and ecological crisis like this happens,” Dr. Kelly Diehl of the Morris Animal Foundation said. “Species are interconnected, and what harms oysters will likely cascade through their ecosystem to the detriment of all.”

The study has been published in the journal Aquatic Toxicology. The study was funded by the Morris Animal Foundation.