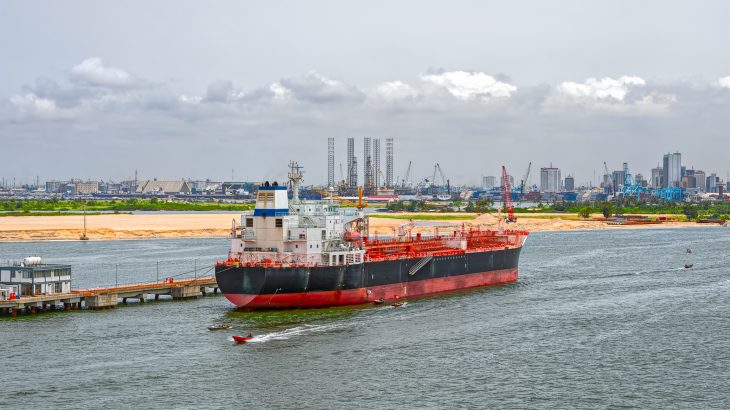 Illegal oil refineries in Nigeria have led to conflict, spills

Sometimes there is a struggle between government regulators and those who are unwilling or even unable to comply with environmental regulations.  Sometimes poverty coerces people to act in their best interest against law. In western culture, the embodiment of the poor taking the law into their own hands is Robin Hood.  The reality of the nature of struggle between government and poor is often much messier and less clear cut than stories like Robin Hood’s would have us believe. Nigeria has such an example.

Many oil companies work operate in Nigeria.  A quick Google search shows that you’re likely to have used one of the oil companies that works in Nigeria.  Examples include Exxon Mobil, Chevron Corporation and Royal Dutch Shell (most often known simply as Shell). Nigeria is also part of OPEC which lists their crude oil production at 82,000 barrels per day.  The value of Nigerian petroleum exports for 2017 was $38,607,000,000.

By the 1980s, Nigeria’s economy had become almost completely dependent on oil production, with as much as 25% of the nation’s GDP being made up of petroleum extraction, the percentage has only risen with petroleum extraction making up 60% of Nigeria’s GDP in 2008. The wealth brought by oil has created economic disparity in Nigeria, though.  Oxfam International reports that Nigeria has the largest economy in Africa, yet wealth disparity is extreme.  Oxfam reports:

“The combined wealth of Nigeria’s five richest men – $29.9 billion – could end extreme poverty at a national level yet 5 million face hunger. More than 112 million people are living in poverty in Nigeria, yet the country’s richest man would have to spend $1 million a day for 42 years to exhaust his fortune.”

In the Niger Delta, inequity has historically been part of life.  The government and oil companies have in the recent past forced ethnic minorities from their land to seize control of petroleum revenues without compensation to land owners.  The government has even massacred some groups, like those living in Ogoniland, and denied fair trials for others who were hanged by the government. A 2001 report by Greenpeace found that Shell had given money to the Nigerian military as bribes for their violent acts.

Organized resistance formed by minority groups has at times violently taken control of oil produced in the Niger Delta.  Today, there are hundreds of small militia groups and a couple of larger ones operating in the Niger Delta. Oil pipelines are tapped and the oil drained off to be loaded onto waiting boats by these militia groups.  Government amnesty programs slowed the violent resistance movements but actions have flared up again in 2016 when a few different oil operations were bombed by different militant groups.

The crude oil stolen by militant groups is often processed in clandestine refineries in the Niger Delta, Africa’s largest wetland.  The processing is often done with few health or environmental protections and leaks are common. When government forces seize these illegal refineries, oil is often dumped on the ground, spilled rather than used by the Nigerian forces.  All of this together has a huge impact on the environment.

The Nigerian Delta is a place of incredible biodiversity, as well as a place of poverty and unique cultural groups.  Located in the Gulf of Guinea, Nigeria is not only tropical but equatorial. This means that Nigeria and the Niger Delta in particular stands in a unique place in the world.

The Niger Delta is made up of coastal barrier islands, mangrove swamp forests, freshwater swamps and lowland tropical rainforests.  The area is also home to 20 million people of 40 different ethnic groups.  Oil spills in the area aren’t always recorded with any sort of accuracy and estimates of the number of oil spills vary, the Department of Petroleum Resources estimates there were 4,835 oil spills between 1976 and 1996 totaling 2.4 million barrels of oil spilled.  The Guardian reports that one source estimated 1.5m tons of oil spilled in 2006, noting this number to be 50 times the pollution released in the famous Exxon Valdez spill in Alaska.

According to Shell, 98% of its spills are due to vandalism.  This stops short at explaining the motivation behind such vandalism though.  Many oil companies including Shell have been accused of human rights violations in Nigeria.  According to Greenpeace, cleanup of the oil spills in Ogoniland will take 25 to 30 years.  As of 2015, Shell has agreed to pay only $83 million for cleanup and restoration of the area.

Greenpeace also reports that a United Nations Environmental Programme (UNEP) concluded a study of the area in 2011 concluding that drinking water was contaminated in at least ten communities.  The report also found oil floating on ground water and seeping into soil. This comes on top of the alleged complicity of Shell with human rights violations, arrests and executions of resistance members and forced removal of people from their land.  News such as this fuels continued violence in Nigeria as inequity continues despite the new government’s commitment to stop corruption.

Political and economic power coincide in Nigeria, a country with little ethical or legal oversight.  Now as Nigeria’s economic growth has slowed, there is even less discussion in the country about economic inequality.  The poor are left living in the waste left by the rich and those struggling for justice by any means available. There is little way to know the full extent of the problem as oil companies and the Nigerian government keep full records of oil spills and connected problems secret from the public.