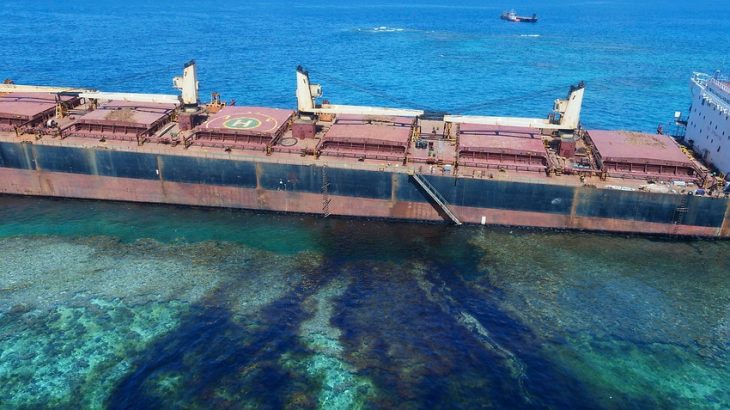 The Solomon Islands is a nation made up of hundreds of islands with a population of only 611,343 people.  Located in the Pacific region of Oceania to the east of Papua New Guinea and North of Vanuatu, the island nation is located in a remote location and importantly just south of the equator.  The official language is English and the decaying remains of battles from World War II mar the otherwise idyllic play of land and sea.

The oceans surrounding the island nation are part of the coral triangle, a 6 million square kilometer area sometimes also called the ‘Amazon of the seas’.  The Solomon Islands also boast the largest number of endemic and range restricted birds – birds found in very small areas of anywhere else on earth.  Part of the Solomon Islands, East Rennell is an UNESCO World Heritage Site, making up about a third of Rennell Island.

Rennell is the largest raised atoll in the world, and the center of the island is made of brackish Lake Tegano, formerly a lagoon surrounded by dense tropical forest.  East Rennell is the first natural site that is customarily owned to be listed as a World Heritage Site. 10 endemic plants live on Rennell along with 11 bat species, 27 land snails, including 7 endemics, 43 species of bird breed there.  It is in the context of the irreplaceable biodiversity, wildness and beauty of Rennell that a nearby oil leak becomes a tragedy.

Radio New Zealand reported that on February 5th, 2019, a ship ran into a coral reef near Rennell, spilling oil.  The ship was carrying ore from a bauxite mine when it was pushed into the coral by a cyclone, causing the leak.  Bauxite is used in making aluminum, and the Bintang Mine that chartered the ship is located on the eastern side of Rennell Island.

Rick Houenipwela, Prime Minister of the Solomon Islands, described the mine as immoral and paints a picture of exploitation.  He told ABC News that the mine pays very little in royalties or taxes, and the only benefit to the Solomon Islands coming from wages paid to workers.  The Prime Minister called for an investigation into why mining was allowed on Rennell Island to begin with and is considering halting their activities for the time being.  This isn’t the first time a mining company operating in the Solomon Islands has been accused of impropriety.

In 2017, The Guardian reported that Pacific Bauxite, an Australian mining company, was accused of coercing and bullying locals to obtain mining rights.  The company denied any wrong doings and said the people were very supportive of the mine’s work. The views of prospecting and mining in the communities where Pacific Bauxite was working were said by officials to be divided on proposals at the time.  Some land owners claimed they weren’t advised of the environmental impact of prospecting and mining on their land, others said they weren’t properly consulted. Signatures were gathered on blank pieces of paper to claim agreement to mining proposals. Some people claimed their signatures on paperwork were forged.  This type of exploitation and lack of responsibility on the part of a mining company is mirrored in the current tragedy.

Since February, the Hong Kong-flagged ship called the Solomon Trader has leaked 80 metric tonnes of heavy fuel oil that has dispersed into the sea and shore since hitting the reef.  Aerial footage shows that the oil has already spread over an area of 3.5 miles across Rennell’s coast, bringing it closer to the world heritage site. An additional 650 tonnes of oil remain on the ship, potentially threatening to spill.  The spill clean-up is already expected to cost $30-$50 million, and the shipping company has been quick to shirk responsibility, saying they were contracted to ship the bauxite, despite the government of the Solomon Islands stating that responsibility of cleanup and salvage rests with the companies involved.  The government of the Solomon Islands requested aid from Australia and both governments expressed regret over the slow commercial response.

“Aerial assessments conducted by the Australian Maritime Safety Authority (AMSA) on behalf of the Solomon Islands government have confirmed extensive oil leakage around the ship, which has begun to disperse across the surrounding sea and shoreline. The oil spans more than six kilometers across the shore and is moving towards the adjacent World Heritage area. Without immediate action, there was the risk of the remaining heavy fuel oil on the vessel (currently estimated at over 600 tonnes) being released into the surrounding area… Given the ecological damage, and a lack of immediate action by commercial entities involved, the Solomon Islands government requested Australia’s assistance on 16 February.

Australia responded, supporting the Solomon Islands government by providing technical advice and assistance to inform government assessment and the response teams sent to the spill. Australia is also supporting the government in its dealings with the responsible entities. As requested by the Solomon Islands government, Australia will act as appropriate to minimize the impacts of the spill while ensuring we do not diminish in any way the fundamental obligations of responsible parties to properly contain and manage this incident.”

Oil had been leaking from the ship for a month and only recently stopped despite mitigation response from the Australian and Solomon Islands governments.  Australia expects to transfer its role in the clean up to the commercial entities involved in the spill on March 18th.

Australia has responded to the spill with technical advice as well as on the ground clean-up and monitoring crews.  Australia has also been credited with pressuring the ship owner, mining company and the ship’s insurer to take responsibility for the clean-up.

Unfortunately, ABC news reports that much of the damage from the oil leak is irreversible.  The health and livelihood of locals as well as rare species will be impacted for at least the near future.  Hopefully, this relatively small but dangerous leak will spur the government of the Solomon Islands to looking closer at extraction industries in their nation as well as environmental regulations and responses.