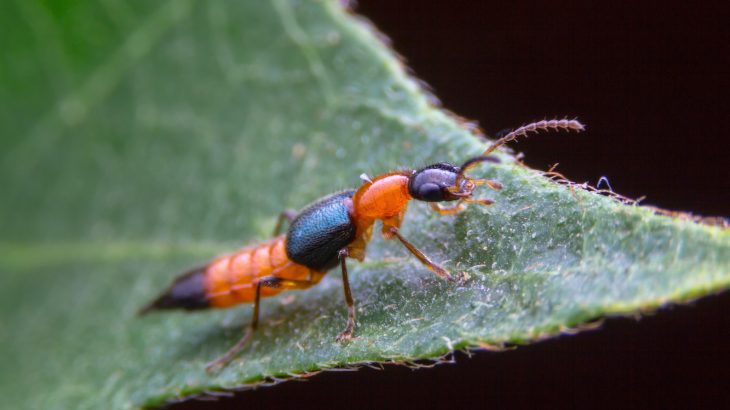 There are almost 400,000 different species of beetles, and of those, more than 64,000 belong to the rove beetle family staphylinidae.

When compared to the 5,800 different species of mammals, beetles have most other animal family trees beat. However, researchers are now rethinking the origin of staphylinidae rove beetles.

Rove beetles are some of the oldest beetles in the world dating back to the Cretaceous period.

New evidence suggests that the oldest known rove beetle isn’t actually a member of the rove family at all, which means that the entire beetle family tree may need to be rewritten.

The beetle at the heart of it all is Leehermania prorova which, until recently, was believed to be the oldest species of rove beetle ever discovered. Leehermania prorova fossils were found in the 1990s along the border of Virginia and North Carolina.

“When Leehermania was formally described, and more photos came out, we thought to ourselves ‘that doesn’t look quite right for a staphylinid,’” says Margaret Thayer, one of the researchers who thought something was not quite right about the beetle’s placement on the family tree.

Thayer was not the only one who was tipped off by the description of the species.

Researchers from the National Museum in Prague and China’s Nanjing Institute of Geology and Paleontology thought that the fossil species did not fit with other rove beetles but more closely resembled beetles in the Myxophaga suborder.

Nine researchers across four continents collaborated together to reclassify Leehermania.

The researchers published their findings in the journal Systematic Entomology.