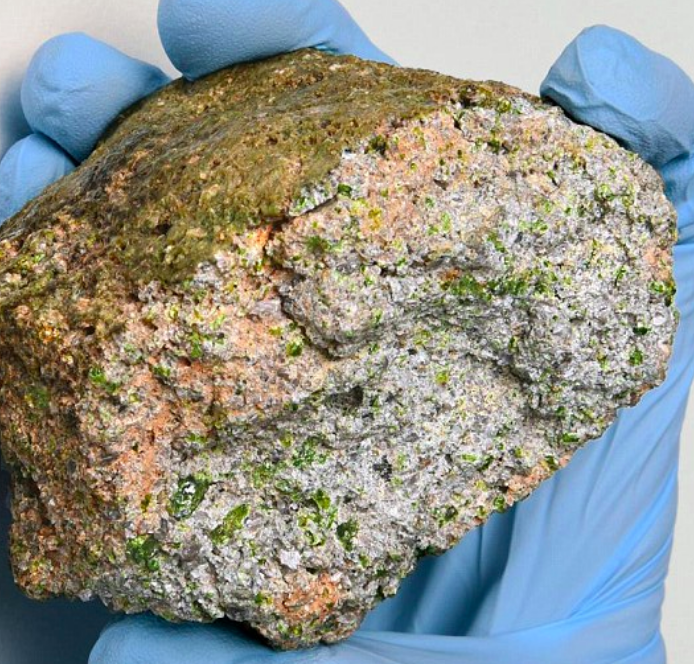 A meteorite that dates back to the beginnings of the solar system 4.56 billion years ago is providing crucial insight into how the planets were formed after the Big Bang.

It’s widely agreed that the solar system first formed around 4.6 billion years ago following a massive explosion that brought the right building blocks together for Earth and the other planets to form.

At this time, the Sun was surrounded by a spinning disk of debris and gas. As gravity took its course, debris and objects started colliding into one another around the sun until eventually the planets were born.

What has not been clear, though, is how exactly the planets collided together and what processes were at work during the solar system’s first years.

Now, a meteorite called Northwest Africa (NWA) 11119 could help solve some of the universe’s biggest mysteries. Researchers say it’s around 4.56 billion years old, making it the oldest meteorite ever found.

Meteorites can serve as time-capsules, and researchers study the chemical composition of meteorites in hopes that it will shed light on the what chemical processes drove the formation of the solar system.

Researchers from Arizona State University’s Center for Meteorite Studies and the University of New Mexico studied the meteorite which was like nothing they had ever examined before.

The results of the study were published in the journal Nature Communications.

For the first time, there exists evidence that silica-rich rocks formed on the colliding objects pulled together by gravity which would later become planets during the solar system’s formation.

“It has the highest abundance of silica and the most ancient age (4.565 billion years old) of any known igneous meteorite,” said Daniel Dunlap, the study’s co-author. “Meteorites like this were the precursors to planet formation and represent a critical step in the evolution of rocky bodies in our solar system.”

The researchers used an electron microprobe and a CT scan to identify the chemical composition and mineralogy of the meteorite.

The researchers found that the rock was 30 percent comprised of the mineral tridymite. The only comparable rocks on Earth with similar levels of tridymite are found in some volcanic rocks. As a result, the meteorite provides the evidence of some of the first volcanic activity on Earth.

“This is basically a missing part of the puzzle that we’ve now found that tells us these igneous processes act like little blast furnaces that are melting rock and processing all of the solar system solids,” said Carl Agee, another co-author of the study. “Ultimately, this is how planets are forged.”