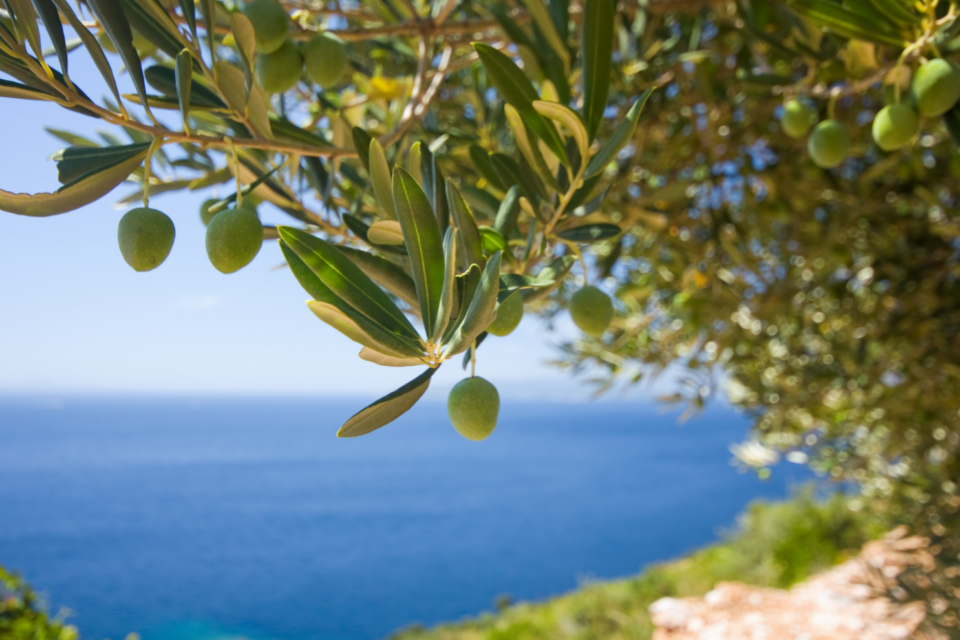 Olives were first cultivated 7,000 years ago

Analysis of a charred wood assemblage from an archaeological site at Tel Tsaf in the Jordan Valley, Israel, has revealed the presence of burned wood from 16 different species of trees, including olive (Olea europea) and fig (Ficus carica) trees. The researchers have proposed that since the olive did not grow naturally in the Jordan Valley, the inhabitants must have planted the trees intentionally about 7,000 years ago. This would represent the earliest example of olive domestication in the Mediterranean and in the world.

The groundbreaking study was led by Dr. Dafna Langgut of the Jacob M. Alkow Department of Archaeology & Ancient Near Eastern Cultures and the Steinhardt Museum of Natural History at Tel Aviv University. The charcoal remnants were found in the archaeological excavation directed by Prof. Yosef Garfinkel of the Institute of Archaeology at the Hebrew University. The findings were published in the journal Scientific Reports.

Tel Tsaf is located in the Central Jordan Valley, 32.5 km south of the Sea of Galilee, on the edge of the Jordan River’s west bank. Its chronology indicates that occupation began in the last quarter of the 8th millennium BP and ended the first quarter of the 7th millennium BP. The remains of the stone settlements include courtyards, dwellings and large silos that would have been able to store 20–30 tons of produce. The large capacity of these silos would have exceeded the needs of the inhabitants, and indicate successful agriculture and a complex economic system of surplus and wealth accumulation.

The seeds found at the site include those from crop plants such as barley, wheat, lentil and pea. However, the researchers were particularly interested in the presence of charred wood assemblages from various locations around the site. In total, 662 samples of charred wood were analyzed, most of which turned out to be from Quercus ithaburensis (Mt. Tabor oak, 39.8 percent) and from Tamarix spp. (22.3 percent). The researchers identified the species using microscopic investigation of the anatomical features of the wood (e.g., vessels and their arrangements, size and arrangement of rays, and the patterns of parenchyma and fibers).

The wood of olive trees (6.4 percent) and fig trees (6.5 percent) was also present in the assemblages. “It is well-accepted, based on archaeobotanical research, that the existence of wood and/or its charcoal remains from fruit trees at a site point to their horticulture in its vicinity,” noted the study authors.

A few specimens of olive pips have also been collected at Tel Tsaf, giving evidence that there were olive orchards nearby the site. Interestingly, the Central Jordan Valley is located outside the natural distribution area of wild olives, and this appears to have been true in the 7th millennium BP as well. The olives must, therefore, have been planted there by the local inhabitants.

“Trees, even when burned down to charcoal, can be identified by their anatomic structure. Wood was the ‘plastic’ of the ancient world. It was used for construction, for making tools and furniture, and as a source of energy. That’s why identifying tree remnants found at archaeological sites, such as charcoal from hearths, is a key to understanding what kinds of trees grew in the natural environment at the time, and when humans began to cultivate fruit trees,” explained Dr. Langgut.

The samples of charred fig tree involved specifically the young branches, a part that is not usually used for construction or fuel. The branches were carbon dated to between 6960 and 6860 years before present. The researchers propose that the presence of these young branches was due to the fact that they had been pruned off larger trees in order to promote fruit production. This would also be evidence of horticultural practices involving fig orchards. Both figs and olives can be preserved and transported, and would have been useful commodities for trade.

According to Dr. Langgut, olive trees grow in the wild in the land of Israel, but they do not grow in the Jordan Valley. “This means that someone brought them there intentionally – took the knowledge and the plant itself to a place that is outside its natural habitat. In archaeobotany, this is considered indisputable proof of domestication, which means that we have here the earliest evidence of the olive’s domestication anywhere in the world.”

“I also identified many remnants of young fig branches. The fig tree did grow naturally in the Jordan Valley, but its branches had little value as either firewood or raw materials for tools or furniture, so people had no reason to gather large quantities and bring them to the village. Apparently, these fig branches resulted from pruning, a method still used today to increase the yield of fruit trees.”

The evidence of fruit tree cultivation, along with large silos and dwellings at Tel Tsaf, indicate that the inhabitants were wealthy and had considerable material means. The presence of other, exotic items such as obsidian, rare-mineral beads, complex pottery, and a copper awl, all support the interpretation that the society was wealthy and probably engaged in trade.

“Storage capacities [at Tel Tsaf] were up to 20 times greater than any single family’s calorie consumption, so clearly these were caches for storing great wealth,” said Professor Yosef Garfinkel, who headed the archaeological dig. “The wealth of the village was manifested in the production of elaborate pottery, painted with remarkable skill. In addition, we found articles brought from afar: pottery of the Ubaid culture from Mesopotamia, obsidian from Anatolia, a copper awl from the Caucasus, and more.”

Dr. Langgut and Professor Garfinkel were not surprised to discover that the inhabitants of Tel Tsaf were the first in the world to intentionally grow olive and fig groves, since growing fruit trees is evidence of luxury, and this site is known to have been exceptionally wealthy.

“The domestication of fruit trees is a process that takes many years, and therefore befits a society of plenty, rather than one that struggles to survive,” said Dr. Langgut. “Trees give fruit only 3–4 years after being planted. Since groves of fruit trees require a substantial initial investment, and then live on for a long time, they have great economic and social significance in terms of owning land and bequeathing it to future generations – procedures suggesting the beginnings of a complex society.”

“Moreover, it’s quite possible that the residents of Tel Tsaf traded in products derived from the fruit trees, such as olives, olive oil, and dried figs, which have a long shelf life. Such products may have enabled long-distance trade that led to the accumulation of material wealth, and possibly even taxation – initial steps in turning the locals into a society with a socio-economic hierarchy supported by an administrative system.”