Omega-3s found in seafood could help with healthy aging • Earth.com 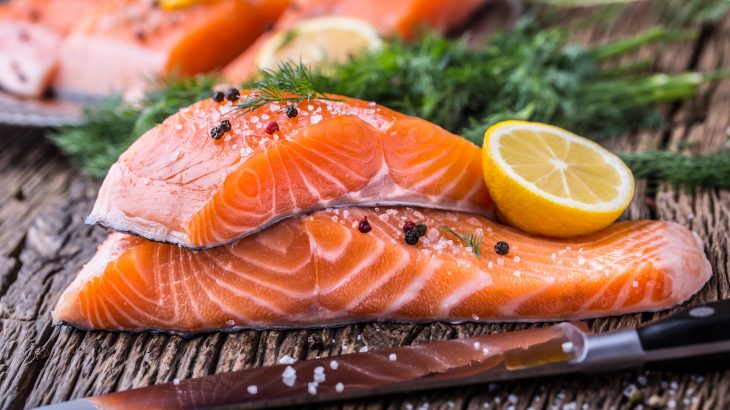 Omega-3s found in seafood could help with healthy aging

Omega-3 fatty acids, especially those found in seafood, may be able to aid in healthy aging, according to a new study.

Omega-3 fatty acids have long been said to be beneficial, but studies examining these potential positive impacts have produced inconsistent results.

Researchers from the Friedman School of Nutrition Science and Policy at Tufts University conducted a new study to gain a better understanding of omega-3s and their relation to healthy aging.

The study was published in the journal BMJ today.

Finding ways to promote and enhance healthy aging has become increasingly important as people these days are living longer but with a greater likelihood of suffering from chronic disease, poor physical health, and cognitive decline.

For the study, the researchers reviewed data collected from 2,622 adults that took part in the US Cardiovascular Health study from 1992 to 2015.

At the start of the study, the average age of the participants was 74, and over the course study, 89 percent showed signs of unhealthy aging.

Each member of the study had their blood levels of omega-3 polyunsaturated fatty acids (n-3 PUFAs) measured at the beginning of the study and then six and thirteen years later.

After these measurements were recorded, the researchers split the 2,622 participants into five groups from lowest to highest based on their circulating blood n-3 PUFA levels.

Of the five groups, the one with the highest levels of seafood derived EPA was linked to a 24 percent lower risk of unhealthy aging.

Levels of DPA in the top three groups were associated with an 18 to 21 percent lowered risk of unhealthy aging compared to the other two groups.

The results suggest that omega-3 fatty acids can help promote healthy aging, and the researchers propose that this is because n-3 PUFAs can help regulate blood pressure, heart rate, and lower inflammation.

“These findings encourage the need for further investigations into plausible biological mechanisms and interventions related to n3-PUFAs for maintenance of healthy aging, and support guidelines for increased dietary consumption of fish among older adults,” the authors conclude in their study.