One of the most beautiful meteor showers of 2020 peaks tonight • 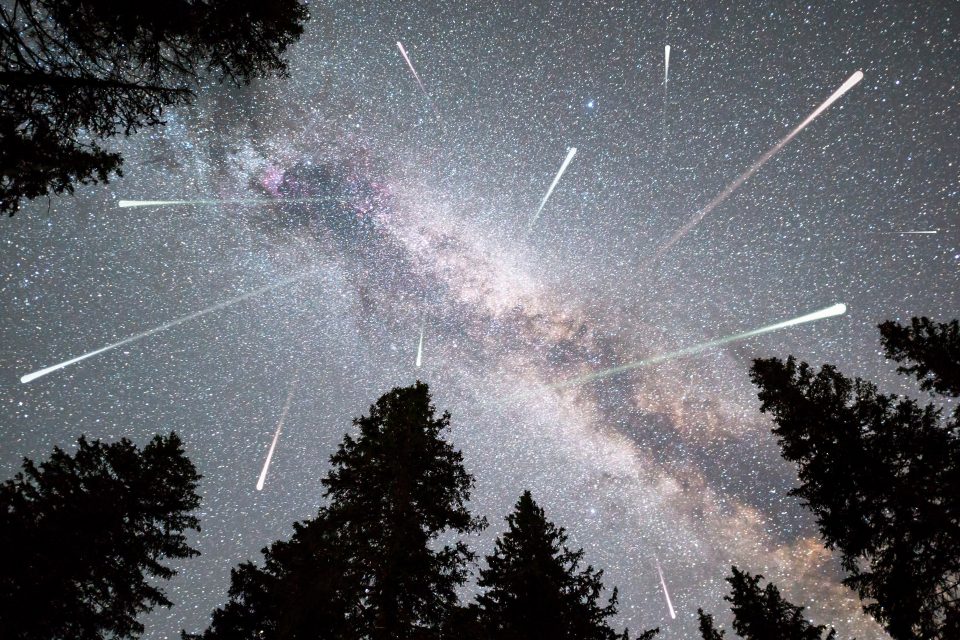 One of the most beautiful meteor showers of 2020 peaks tonight

While the Orionids will put on their most dazzling display in the early morning hours of October 21st, they will also be visible on the nights of the 20th and 22nd.

According to NASA, Orionids are known to zip out of sight extremely fast, yet leave behind bright tails that appear to linger in the sky. One of the most beautiful meteor showers of 2020 peaks tonight

“The Orionids, which peak during mid-October each year, are considered to be one of the most beautiful showers of the year. Orionid meteors are known for their brightness and for their speed,” writes NASA.

“These meteors are fast – they travel at about 148,000 mph into the Earth’s atmosphere. Fast meteors can leave glowing ‘trains’ which last for several seconds to minutes.”

“Fast meteors can also sometimes become fireballs: Look for prolonged explosions of light when viewing the Orionid meteor shower. The Orionids are also framed by some of the brightest stars in the night sky, which lend a spectacular backdrop for theses showy meteors.”

The Waxing Crescent phase of the moon is perfectly timed for the Orionid event this year, providing darker skies for optimal star gazing. Look for the greatest number of Orionids in the early morning hours leading up to dawn, when you may spot as many as 20 meteors per hour.

“The Orionids are viewable in both the Northern and Southern hemispheres during the hours after midnight,” reports NASA. “Find an area well away from city or street lights. Come prepared with a sleeping bag, blanket or lawn chair. Lie flat on your back with your feet facing southeast if you are in the Northern Hemisphere or northeast if you are in the Southern Hemisphere, and look up, taking in as much of the sky as possible.”

“In less than 30 minutes in the dark, your eyes will adapt and you will begin to see meteors. Be patient – the show will last until dawn, so you have plenty of time to catch a glimpse.”

NASA explains that the Orionids are created when space debris breaks off of Hally’s Comet.

“Each time that Halley returns to the inner solar system its nucleus sheds ice and rocky dust into space. The dust grains eventually become the Orionids in October and the Eta Aquarids in May if they collide with Earth’s atmosphere.”

It takes Halley around 76 years to make one orbit around the sun. The last time the comet could be casually observed was in 1986, and it will not enter the inner solar system again until 2061, according to NASA.