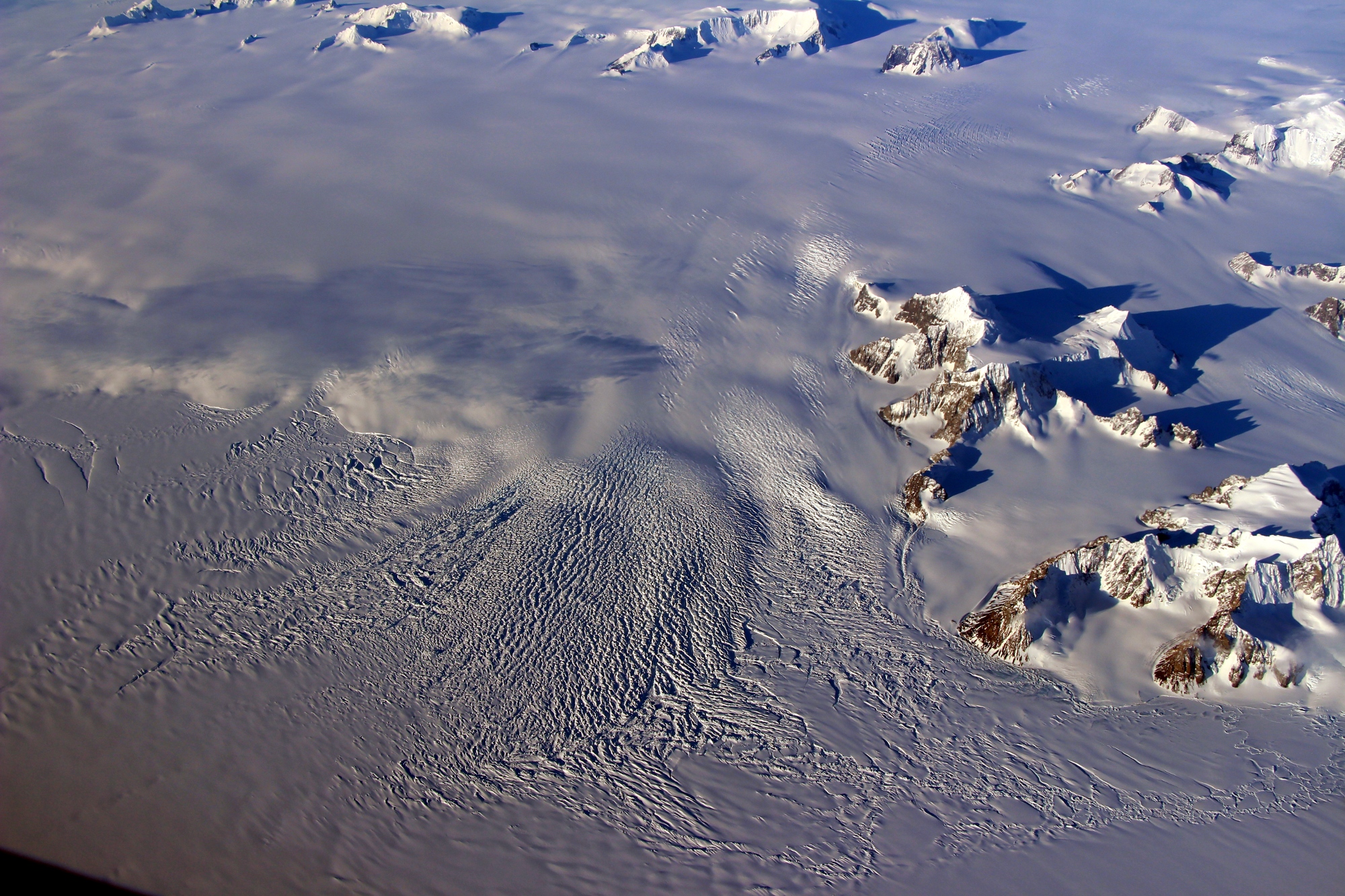 How bad is global warming, really? That’s the question NASA took on when it launched Operation IceBridge eight years ago.

Now, a few weeks into its eighth annual Antarctic survey, the agency has released a series of disturbing photos partially answering that question.

Operation IceBridge uses a fleet of research aircraft, satellite imagery and other tools to monitor the health of Arctic and Antarctic ice sheets. The aircraft fly in 12-hour missions over the ice to measure how it has changed since the previous year, along with data such as ice thickness and age, and the topography of the land and sea below the frozen sheets.

One of the aircraft being used in the current Antarctic survey, a DC-8, has been turned into a flying laboratory carrying a laser altimeter to record changes in the height of the ice’s surface, three radars, and a high-resolution camera setup.

In late October, NASA released an animation showing year-by-year changes in polar ice in the Arctic from 1985 to their most recent Arctic mission earlier this year. The animation shows both shrinking amounts of polar ice, and ice that is “younger” – older ice tends to be thicker, scientists on that campaign noted.

Now, NASA is conducting its survey of ice at the South Pole for the eighth time. The campaign was scheduled to coincide with the beginning of melt season, when ice growth from the winter should be at its highest.

Two weeks into the survey, a series of photos released by Getty photojournalist Mario Tama, who joined the scientific expedition, and NASA’s Earth Observatory are demonstrating the extent of ice loss in the western part of the continent. It’s estimated that the Antarctic is losing 91.5 billion tons of glacier ice per year to rising temperatures.

Data gathered in previous years, especially in 2014, has indicated that the loss of ice at the West Antarctic Ice Sheet may be irreversible.

The scientists hope to follow flight lines from previous years as well as tracing new ones in order to get a better sense of how Antarctic ice is changing. The Antarctic Campaign is scheduled to run until Nov. 19.