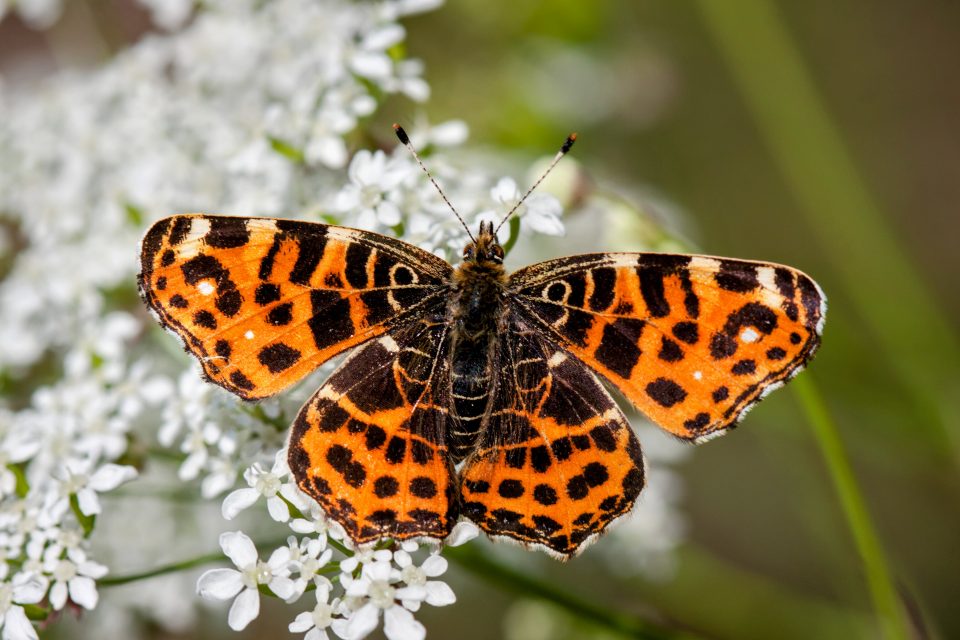 A new study from the University of Reading reveals that the Painted Lady butterfly embarks on the longest known migration of any insect. The researchers have found that the butterflies can migrate over thousands of miles from the Saharan Desert to Europe when the weather conditions are right.

The experts report that the butterflies travel across 12,000 to 14,000 kilometers round trip, and make this incredible journey in greater numbers when wetter conditions give certain desert plants a boost.

“We know that the number of Painted Lady butterflies in Europe varies wildly, sometimes with 100 times more from one year to the next,” said study co-author Professor Tom Oliver. “However, the conditions that caused this were unknown, and the suggestion the butterflies could cross the Sahara desert and oceans to reach Europe was not proven.”

“This research shows this unlikely journey is possible, and that certain climate conditions leading up to migration season have a big influence on the numbers that make it. It demonstrates how the wildlife we see in the UK can transcend national boundaries, and protecting such species requires strong international cooperation.”

The findings may help experts to predict the movements of other insects, such as the locusts that are currently plaguing East Africa or mosquitoes that carry malaria.

“We enjoy seeing the beautiful Painted Lady butterflies in our gardens in Europe, but climate change will also lead to shifts in invasive species that are crop pests or those that spread diseases,” said Professor Oliver. “Food shortages in East Africa are a reminder that the impacts of climate change can be much more dramatic than a few degrees of warming might first seem.”

The Painted Lady breeds in the winter and migrates during the spring. The study was focused on long-term monitoring data from thousands of trained volunteer recorders. The experts also analyzed climate and atmospheric data in Sub-Saharan Africa and Europe.

In addition, the study showed that favorable tailwinds between Africa and Western Europe occur regularly, providing the butterflies with some assistance. To take advantage, the experts found the the butterflies must fly up to three kilometers above sea level.

Based on observations of similar butterfly species, the experts concluded that Painted Lady butterflies have enough body fat after metamorphosis to sustain 40 hours of non-stop flying. They gain extra energy by feeding on nectar whenever possible.

The study is published in the journal Proceedings of National Academy of Sciences.