Permafrost could release much more carbon than expected • Earth.com 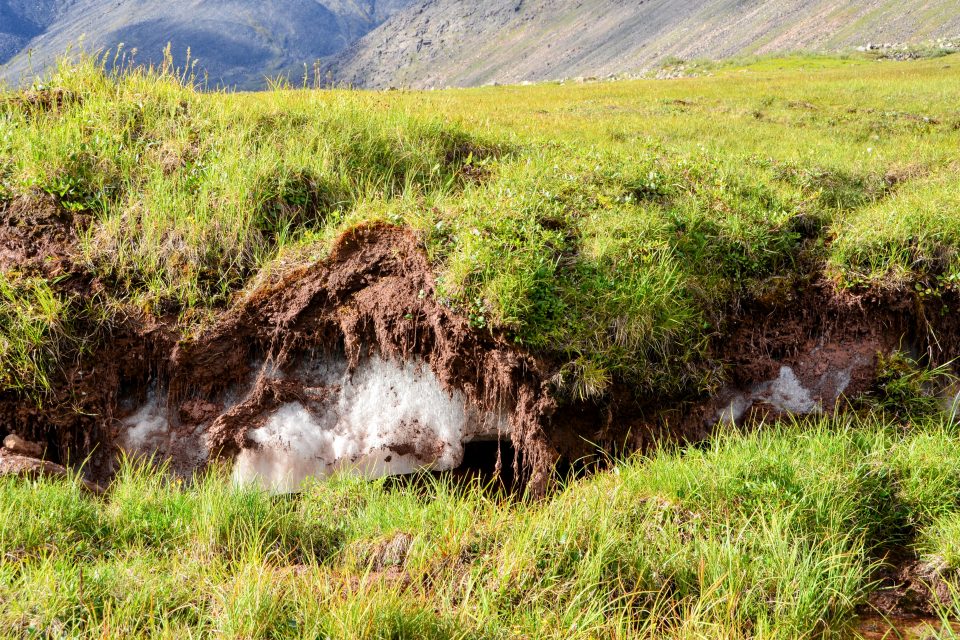 Permafrost could release much more carbon than expected

Earth’s permafrost became less susceptible to thawing about 400,000 years ago, according to a new study from the Massachusetts Institute of Technology. This indicates that more carbon is stored in the frozen ground than what was anticipated.

“The stability of the last 400,000 years may actually work against us, in that it has allowed carbon to steadily accumulate in permafrost over this time,” said study co-author Professor David McGee.

“Melting now might lead to substantially greater releases of carbon to the atmosphere than in the past.”

In the Northern Hemisphere, nine million square miles of land contains a permafrost layer made up of soil, sediment, and rocks that have been frozen solid for years. Within this permafrost, a massive amount of carbon is stored in the form of decayed plant and animal material.

It is estimated that Earth’s permafrost holds more than 1,400 gigatons of carbon, which could potentially be released into the atmosphere as carbon dioxide and methane as temperature continue to rise. Scientists are trying to understand more about the stability of permafrost in order to predict how it will impact future global warming.

In collaboration with experts at Boston College, the MIT team analyzed cave deposits in locations across western Canada to reconstruct the history of permafrost over the last 1.5 million years. The study revealed that between 1.5 million and 400,000 years ago, permafrost was prone to thawing, even in high Arctic latitudes.

However, the results also showed that the planet’s permafrost shifted to a more stable state in the last 400,000 years, and permafrost thaw has been since limited to sub-Arctic regions. In this state, the permafrost has retained most of the carbon that it has accumulated, with no opportunity to release it.

The investigation was focused on 74 samples of stalagmites, stalactites, and flowstones from caves in the southern Canadian Rockies, Nahanni National Park in the Northwest Territories, and the northern Yukon.

The experts found that cave deposits collected from the Yukon and the farthest northern sites did not contain any samples younger than 400,000 years old. This indicates that permafrost thaw has not occurred in those sites since then.

“There may have been some shallow thaw, but in terms of the entire rock above the cave being thawed, that hasn’t occurred for the last 400,000 years, and was much more common prior to that.”

McGee said that seeing evidence of a much less stable Arctic prior to 400,000 years ago suggests that the Arctic can be a very different place. “It raises questions for me about what caused the Arctic to shift into this more stable condition, and what can cause it to shift out of it.”