Pet blood donation exists - and your dog or cat could be a donor • Earth.com 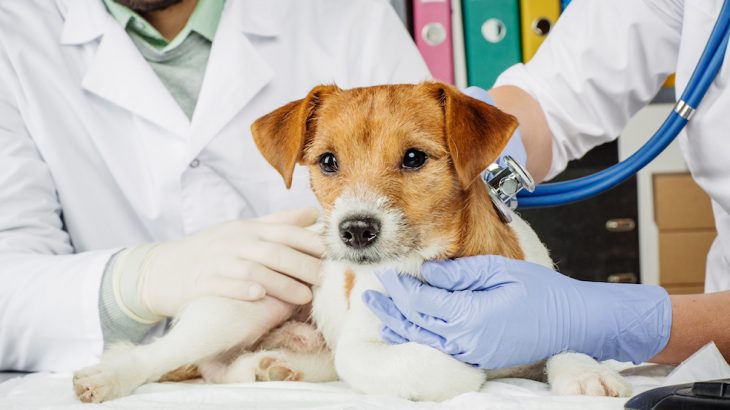 Most pet owners don’t know that their furry friend could be a candidate for donating blood or that blood banks for small animals even exist.

A new study conducted by researchers from the Royal Veterinary College found that even though many pet owners surveyed said they would be willing to let their pets be blood donors, they weren’t aware of small animal blood donations.

The study, published in the journal Vet Record, shows that campaigns to raise awareness about animal blood banks could help meet the growing demand for blood donations.

It is not known how many pets donate blood, although the researchers say that there is likely much more demand than supply.

For the study, the researchers surveyed 158 dog and cat owners over 18 years old who had a vet appointment scheduled in a ten-day period.

During their visit to the vet, pet owners were given an anonymous questionnaire to fill out about pet blood donation and whether or not they would consider allowing their pet to be a donor.

70 percent of the pet owners surveyed did not realize that pets could give blood, and 75 percent were not aware that special animal blood banks even existed.

Cat owners, people who worked full-time, and owners older than 71 were less willing to let their pet give blood.

“Not all cats and dogs will be suitable for blood donation and the risk of complications is far higher in cats than in dogs,” said Daniella Dos Santos, the Junior Vice President of the British Veterinary Association, while commenting on the study findings. “Any potential donors should meet strict criteria – including a physical examination by a vet- before they can donate blood.”

Some of the biggest motivations for agreeing to let their pet give blood were a desire to help or save lives and recognizing the need for blood banks.

There were concerns and reservations listed by many of the pet owners surveyed, including how the procedure would impact their animal and if would be too anxiety-inducing.

The survey sample size was relatively small, so the study is limited in its findings. However, the results could help raise awareness for animal blood banks and increase donors.

“This paper throws up interesting findings about awareness levels about pet blood donation and factors motivating owners to let their pets donate,” said Dos Santos, “While donor blood can be vital in saving lives of critically ill or injured pets, using animals for blood donation raises certain ethical questions, as highlighted in the study. Although the practice is legally permissible, it is very important that pet owners are aware of the risks involved and give informed consent for their pet to donate blood.”