Pets are exposed to toxic chemicals in our homes • Earth.com 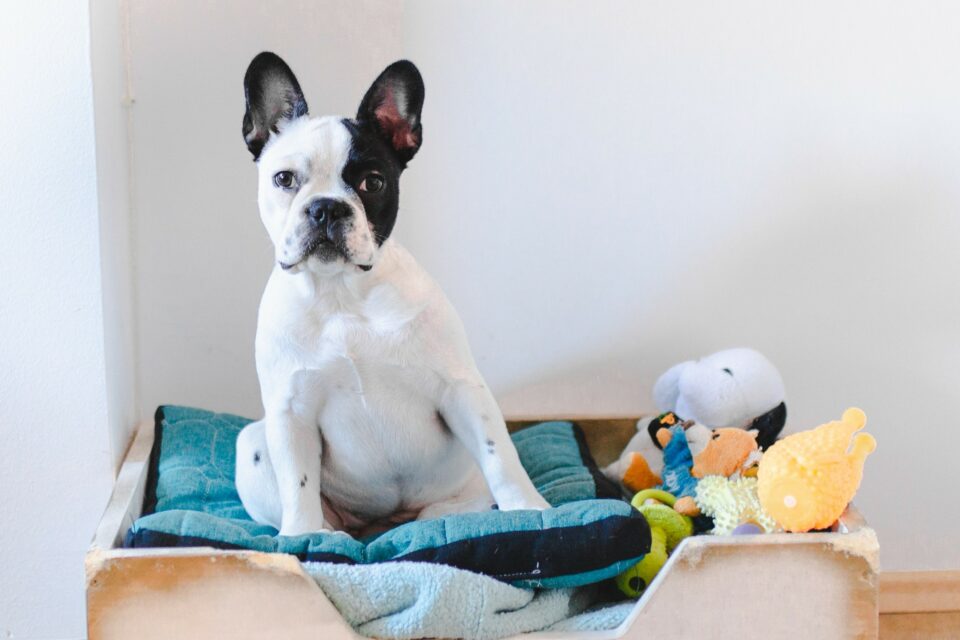 Pets are exposed to toxic chemicals in our homes

We all love to have our pets close to us, in our homes and on our laps. Sadly, it seems that our dogs and cats are being exposed to harmful organic chemicals in the home environment and that these chemicals are also being left in their feces and urine. If they are being affected in this way, we may well ask whether we too are ingesting or inhaling these organic substances.

The toxic chemicals are known as aromatic amines, and they are organic molecules formed from ammonia that is bonded to an aromatic ring. These molecules are used extensively in several different industries: they are used in the manufacture of drugs, pesticides and rubber tires; they are also used as curing agents in the preparation of plastics, and are intermediates in the preparation of dyes (for example, azo dyes) to color textiles, rubber, leather, printing ink, paints, lacquers, and metal finishes. Aromatic amines are constituents in cigarette smoke and are even found in hair dye and in the pigments used in cosmetics.

The reason that these molecules are of concern is that several of the different types of aromatic amines have been associated with the development of cancer. In particular, aromatic amines are known to cause bladder cancer in humans and dogs, and workers in industries that manufacture dyes, leather products, cables, rubber products, plastics, and textiles have all been shown to suffer increased incidence of this type of cancer.

In a recent study led by researchers at NYU Grossman School of Medicine, urine samples collected from dogs and cats were analyzed for the presence of 30 different types of aromatic amines. The 42 dogs and 21 cats lived in private households, veterinary hospitals, or animal shelters in Albany, NY. Another group of 77 pets, also living in the same region, provided fecal samples that were tested for these toxic chemicals as well. The researchers recorded each animal’s age, breed and sex.

“Our findings suggest that pets are coming into contact with aromatic amines that leach from products in their household environment,” said study lead author Dr. Sridhar Chinthakindi, a postdoctoral fellow at NYU Langone Health. “As these substances have been tied to bladder, colorectal, and other forms of cancer, our results may help explain why so many dogs and cats develop such diseases.”

He also explained that, apart from such direct exposures, pets are most likely also exposed to these substances indirectly. For example, past research has shown that a common flea control medication called amitraz can be broken down into an aromatic amine called 2,6-dimethylaniline (2,6-DMA) by microbes living in animals’ digestive systems. This aromatic amine was the one most commonly detected in the pet urine, accounting for almost 70 percent of the aromatic amines found in dog urine and nearly 80 percent of those found in cat urine. The amine 2,6-DMA is a toxic, teratogenic and carcinogenic metabolite of amitraz.

These findings, published in the journal Environment International, showed that there was almost no difference in aromatic amine exposure between animals that lived at home and those that were staying in a shelter or at a veterinary clinic. According to Chinthakindi, this highlights how commonly these substances are present in the environment, and how difficult they are to avoid. In addition, pet age and sex had no effect on the concentrations of aromatic amines found in the feces or urine.

“Since pets are smaller and more sensitive to toxins, they serve as excellent ‘canaries in the coal mine’ for assessing chemical risks to human health,” said study senior author Dr. Kurunthachalam Kannan, a professor in the Department of Pediatrics at NYU Langone. “If they are getting exposed to toxins in our homes, then we had better take a closer look at our own exposure.”

Dr. Kannan warns that it is not clear what level of aromatic amine exposure is safe for pets and so no limit has yet been set by regulatory organizations to protect them.

The study authors plan to explore the link between aromatic amine exposure and bladder, thyroid, and testicular cancer in pets, in the next phase of their research.