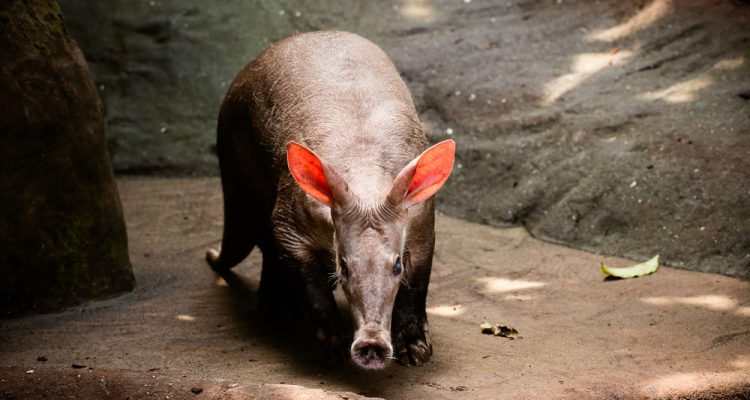 Philadelphia Zoo has been the home of AJ, the oldest aardvark in the U.S., for years.

On Thursday, however, that was no longer true. AJ passed away due to age-related heart failure, the zoo announced on its Facebook page.

“AJ will be remembered for his love of back rubs and his selective palate – although aardvarks are insect eaters, AJ preferred ants and termites over crickets and meal worms,” the zoo wrote.

Aardvarks eat as many as 50,000 insects in a single day, according to the zoo.

AJ was the oldest aardvark in captivity in the United States.

He was born on November 4, 1988 at the Cincinnati Zoo and Botanical Garden. The aardvark moved to Philadelphia on November 15, 1989.

AJ shared his Philly digs with Sunshine, a transplant from the Montgomery Zoo in Alabama. Aardvarks in the wild tend to be loners, but the zoo said AJ and Sunshine got along well.

Aardvarks are short, stocky creatures with spade-like nails ideal for digging into ant and termite nests, according to the Philadelphia Zoo. They can fold their large ears back to prevent dirt from getting into them. They have a flexible snout and a long tongue for chasing down fleeing bugs.

They’re nocturnal, the zoo added, and sleep in deep burrows. They’re found throughout sub-Saharan Africa, except for in rainforests.

“In African folklore, the aardvark is much admired because of its diligent quest for food and its fearless response to soldier ants,” the zoo’s website notes.

Philadelphia Zoo has been home to a number of animals that outlived expectations.

In November, the zoo announced that Kesho the okapi had passed away after an illness. The 24-year-old okapi was the fourth oldest in the world, and had outlived the species’ typical lifespan of 17 years. Kesho had been at the zoo for 16 years, after stints in San Diego and the Bronx.

In December, the zoo was forced to euthanize the 25-year-old lioness Zenda after her health began to fail badly. The standard life expectancy of a lion is also 17 years. She was the oldest lion in a U.S. zoo.