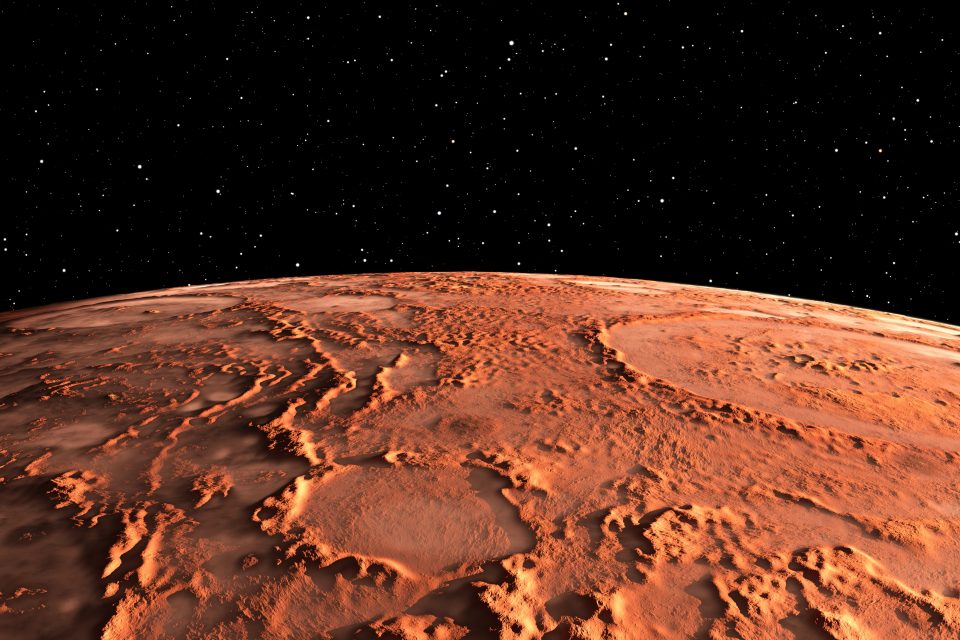 Planetwide storms filled up lakes on Mars 4 billion years ago

For the first time, scientists have quantified the precipitation that must have been present on Mars between 3.5 and 4 billion years ago, when lakes and rivers filled up with water across the planet.

The new study from the University of Texas at Austin reveals that prolonged storms may have been responsible for a massive influx of water on ancient Mars. The research comes at a time when the Mars 2020 Perseverance rover is making its way to a lake bed that holds crucial information.

The ancient climate of Mars is an intriguing mystery for scientists to unravel. While geologists view the existence of riverbeds and lake basins as evidence of significant rainfall or snowmelt, scientists have not yet managed to simulate the climate conditions that support this concept.

“This is extremely important because 3.5 to 4 billion years ago Mars was covered with water. It had lots of rain or snowmelt to fill those channels and lakes,” said study lead author Gaia Stucky de Quay. “Now it’s completely dry. We’re trying to understand how much water was there and where did it all go.”

Despite the presence of frozen water on Mars, the planet currently has no significant amount of liquid water.

The analysis showed that precipitation must have been between 13 and 520 feet in a single episode to be able to fill the lakes. Although this is a very large range, it can be used to help understand which climate models are accurate, said Stucky de Quay.

“It’s a huge cognitive dissonance. Climate models have trouble accounting for that amount of liquid water at that time. It’s like, liquid water is not possible, but it happened. This is the knowledge gap that our work is trying to fill in.”

The scientists looked at nearly 100 lakes and their watersheds, which are all believed to have formed between 3.5 billion and 4 billion years ago. They observed both open lakes that had been ruptured at some point by overflowing water and closed lake basins that are intact.

The team used satellite images and topography to measure lake and watershed areas, as well as lake volumes, to determine how much water was needed to fill the lakes.

By looking at ancient closed and open lakes along with the river valleys that fed them, the experts were able to determine a minimum and maximum precipitation that must have occurred.

Beyond searching for the best climate model to calculate the amount of precipitation that once filled the lake basins on Mars, the researchers are interested in evaluating how long the rainfall or snowmelt episode must have lasted – which could have been days, years, or thousands of years. That is the next step of the research, said Stucky de Quay.