Plant biodiversity hotspots can be found on small scales • Earth.com 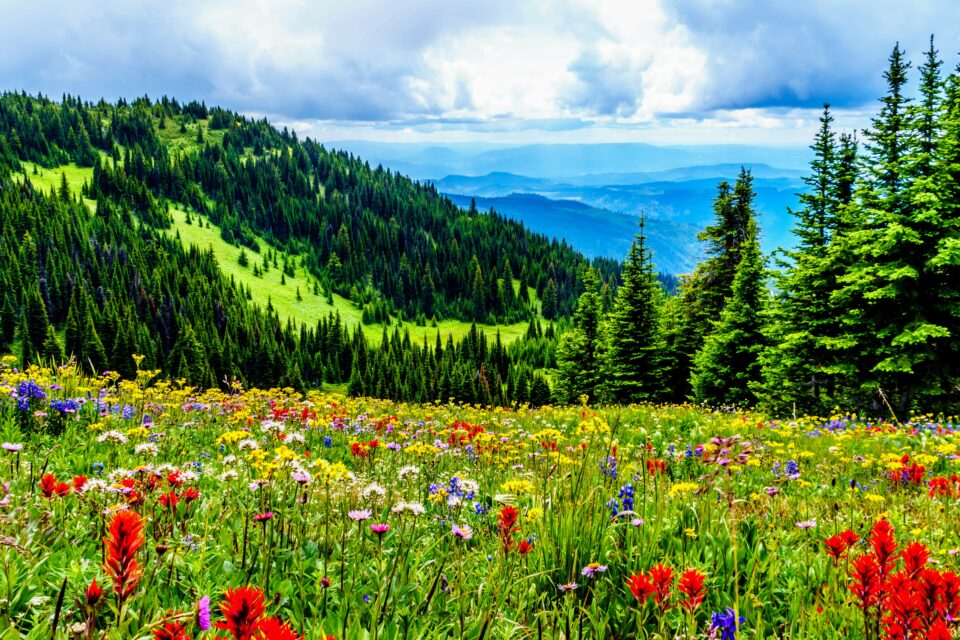 Plant biodiversity hotspots can be found on small scales

An international team of researchers led by the Martin Luther University, Halle-Wittenberg (MLU) has recently conducted an analysis of worldwide patterns of plant species richness, based on the largest collection of global vegetation-plot data ever compiled. The results have been published in the journal Nature Communications and could be used to focus conservation efforts in areas where the diversity of plant species is the highest.

The experts analyzed species richness of vascular plants counted in around 170,000 vegetation plots from all of the Earth’s climate zones. The data included information on all of the vascular plant species found at a location and the coordinates of the respective area under study. The data was taken from the globally unique vegetation database called “sPlot,” which is located at iDiv, and species richness in forests and non-forests were considered separately.

“Most studies on global biodiversity are conducted on a relatively large scale, for example at a state or provincial scale. We wanted to find out how much results differ when smaller areas are examined,” explained Professor Helge Bruelheide from MLU. The team used artificial intelligence to investigate, among other things, the relationship between the number of plant species and the size of the area under study. They considered species richness in plots of 400m2, 1,000m2, and 1ha (10,000m2) in area, with the aim of identifying areas where species richness is consistently high at all these scales, and areas where species richness varies depending on the scale of sampling.

The results showed that some forest areas – such as in Borneo, New Guinea, Madagascar, eastern South Africa and the Andean-Amazonian foothills – are hotspots for plant biodiversity irrespective of the size of the sample plots. Conversely, the researchers observed high plant diversity when plot size was small, but low plant diversity when plot size was large, in many temperate regions including the Eastern European forest-steppe belt, East Asia and southeastern Australia.

The researchers state that there are areas on Earth where focusing on large study plots only provides a limited understanding of the distribution of biodiversity: sometimes small areas can have a relatively high biodiversity, for example in the steppes of Eastern Europe, in Siberia and in the Alpine countries of Europe. At fine spatial scales, the large difference in biodiversity between the tropics, like the Amazon, and the temperate climate zones nearly disappears.

The same applies to the African tropics, which were previously considered an exception in the tropical plant world. “The tropics have always been among the most biodiverse areas in the world. We wondered why this shouldn’t also apply to Western Africa,” explained Dr. Francesco Maria Sabatini who led the study while at MLU and is now an assistant professor at the University of Bologna. In fact, the distribution of plant species varies greatly in the African tropics, noted Dr. Sabatini. These species are distributed over very large distances, so that they are not always recorded when a small sampling area is examined. “To correctly recognize the high biodiversity in Western Africa many small areas are required.”

The current research also enabled the scientists to identify which environmental and biogeographic factors drive species diversity of vascular plants. Interestingly enough, although ecoregion, annual mean temperature, and temperature of the warmest and wettest quarters of the year explained some of the variation in species richness patterns globally, the factor with the largest influence in shaping diversity patterns was the size of the sample plot.

Although the study was based on a very large collection of global vegetation-plot data, there are still many biogeographical regions where vegetation data is not available. Most of the data points were in Europe and other countries with a strong tradition of vegetation surveys, while the coverage of tropical areas, especially the Amazon and equatorial Africa, was poor.

Despite these limitations, the researchers feel that their analysis provides important insights and is a step forward in mapping global plant diversity. The results are also important when it comes to protecting species. “Ecosystems whose high biodiversity is spread out over a large area cannot be protected through the traditional patchwork of nature reserves. In contrast, ecosystems that have a high biodiversity within a small area could benefit well from several distinct protected zones,” concluded Bruelheide.