Plants in the Arctic are growing taller due to climate change • Earth.com 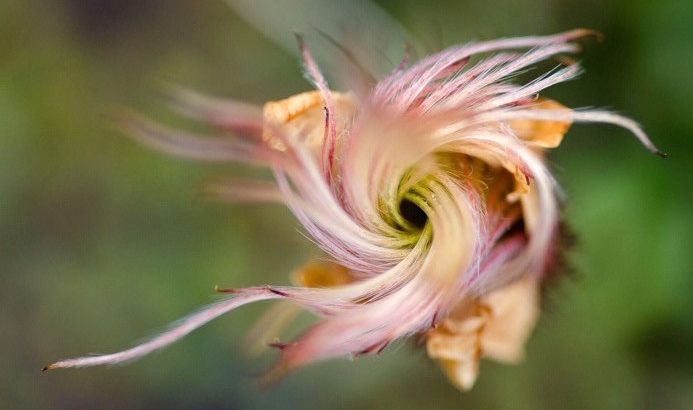 Plants in the Arctic are growing taller due to climate change

A new study has found that plants in the Arctic have been growing taller and taller through the years due to climate change-driven increases in soil moisture and temperature.

The Arctic contains a vast flora of shrubs, grasses, and wildflowers and these plants play an important role in the region’s carbon cycle.

Much attention has been paid to the Arctic with a heavy focus on sea ice retreat, but researchers from the University if Edinborough recently led a thorough study, the first of its kind, of native Arctic plants.

The researchers’ findings, published in the journal Nature Today, show that plants in the Arctic have been growing taller across the tundra over the past 30 years and spreading into new areas all because of climate change.

“Quantifying the link between environment and plant traits is critical to understanding the consequences of climate change, but such research has rarely extended into the Northern hemisphere, home to the planet’s coldest tundra ecosystems,” said Isla Myers-Smith, a member of the research team. “This is the first time that a biome-scale study has been carried out to get to the root of the critical role that plants play in this rapidly-warming part of the planet.”

A team of 130 scientists collaborated on the study, and the researchers analyzed data from over 60,000 observations across hundreds of sites in the Arctic and alpine tundra.

The researchers studied relationships between temperature, soil moisture, and plant form and tracked plant height in the different sites.

Of all the different plant factors, traits and environmental changes that the researchers analyzed, only plant height increased over time and these changes were driven by increases in both soil moisture and temperature.

“Rapid climate warming in the Arctic and alpine regions is driving changes in the structure and composition of plant communities, with important consequences for how this vast and sensitive ecosystem functions,” said Anne Bjorkman who helped pioneer the Arctic plant research.

The changes don’t appear to be slowing down and Bjorkman predicted that plant height in the tundra could increase by 20 to 60 percent by the end of the century.

The results of the study are especially concerning because much of the world’s carbon is stored in permafrost in the Arctic, and if the permafrost melts it could release huge quantities of carbon into the atmosphere.

“Shorter plants trap more snow, which insulates the underlying soil and prevents it from freezing as quickly in winter,” said Bjorkman “An increase in taller plants could speed up the thawing of this frozen carbon bank, and lead to an increase in the release of greenhouse gases.”

Further research is needed to better understand how soil moisture levels are changing in the Arctic as this has such a huge influence on plant growth.

“This research is a vital step in improving our understanding of how Arctic and alpine vegetation is responding to climate change,” said Helen Beadman, a member of the Natural Environment Research Council which funded the new study. “Shrub growth and expansion could have a profound impact not only on the Arctic ecosystem, but also further afield if it results in an increase in the release of greenhouse gases.”