Plants from ancient rainforests can be identified in fossil teeth • Earth.com 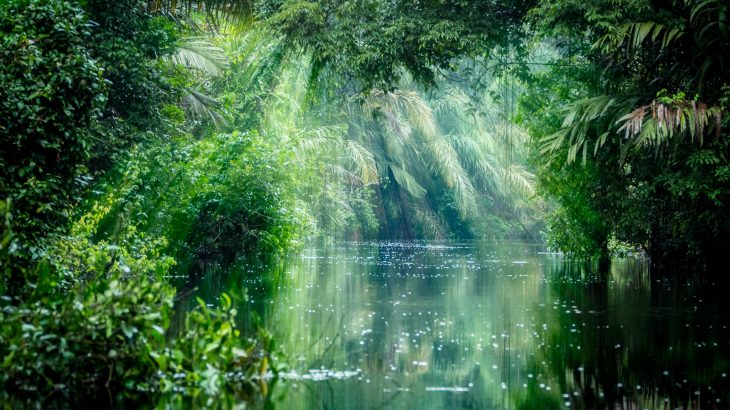 Plants from ancient rainforests can be identified in fossil teeth. In an effort to identify the tropical plants that existed in closed-canopy rainforests, and also to understand where on Earth these ecosystems existed millions of years ago, scientists analyze the vegetation that is contained in the fossil teeth of extinct animals. A new study led by scientists at the American Museum of Natural History has exposed some flaws that may ultimately improve this technique.

“The Amazon is the world’s most diverse rainforest, home to one in 10 known species on Earth,” said study lead author Julia Tejada-Lara. “Closed-canopy rainforests have been proposed to occur in this area since at least the Eocene, some 50 million years ago, but we know very little about their extent and evolution through time.”

Tropical plants do not preserve well in the fossil record so it is difficult to tell how long closed-canopy rainforests have existed. When reconstructing ancient ecosystems such as these, experts often use stable carbon isotope analyses on both extinct and modern day herbivores.

Stable carbon isotopes from plants are well-preserved in the body tissues of the animals that eat them. Samples from the bones, teeth, or other biological material can help scientists determine what types of plants specific animals were eating.

Next, the study authors compared their results with a detailed analysis of modern mammals in equatorial Africa. In addition, the researchers obtained nitrogen isotope values from 35 Amazonian mammal species. The team found an unexpected amount of complexity in how nitrogen from fats, carbohydrates, and proteins is incorporated into body tissues in animals from different levels of the food chain.

“Up to this point, there had only been one other broad isotopic sampling–and inferences of food sources–of a tropical closed-canopy rainforest mammal community, and that was in central Africa,” said study co-author John Flynn.

“So we knew that if we wanted to learn more about both modern and ancient Amazon ecosystems, we had to test whether we should expect the tropical forest conditions to be roughly the same in these two continents that separated more than 90 million years ago and have a 1,600-mile-wide ocean between them today.”

“We have found that these negative isotopic values can no longer be used as an indispensable indicator of a rainforest,” said Tejada. “And further, that many of the longtime assumptions about ecological niches, feeding habits, and isotopic signatures characterizing tropical communities likely need to be reassessed.”