Plants release a variety of biological particles into the air • Earth.com 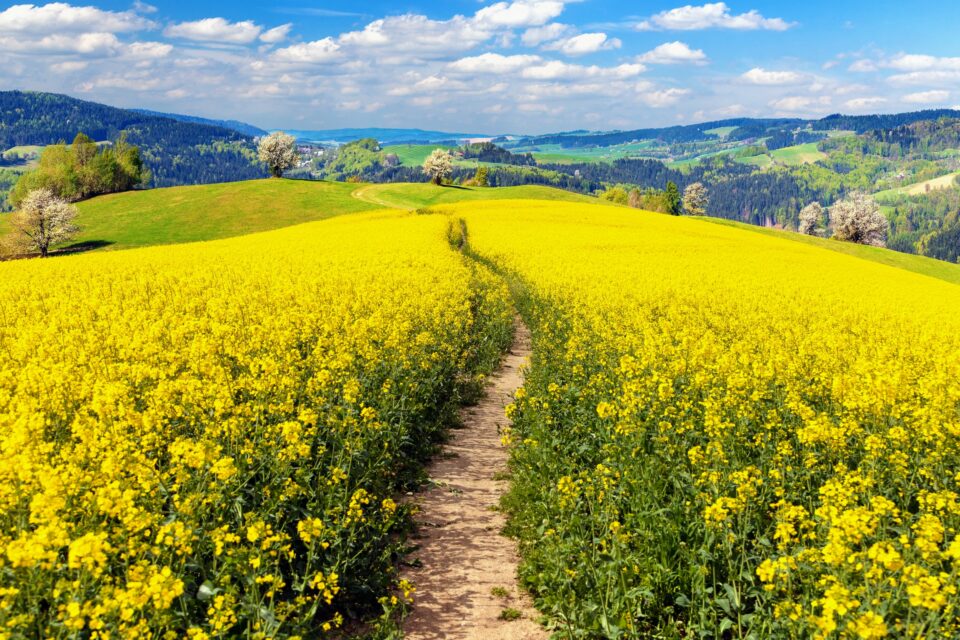 During their lifespans, plants release through their stems and leaves a wide range of biological particles, including fungal spores, pollen, bacteria, viruses, algae, and cell debris. When reaching the atmosphere, these particles can act as the nuclei for ice crystals or cloud droplets, thus having a significant environmental and climatic impact.

Although scientists have long been familiar with this process, little has been known about how the composition of this microbiome changes throughout a plant’s life cycle. Now, a team of researchers led by the Pacific Northwest National Laboratory has investigated the biological particles produced during the life cycle of Brachypodium distachyon, a wild but commonly used model grass.

“Airborne biological aerosols are an integral part of the atmosphere–biosphere interface and significantly impact the environment and Earth’s climate,” wrote the study authors. “Primary biological particles such as fungal spores, bacteria, and fragments of plant debris are emitted directly from the biosphere into the atmosphere. The phyllosphere (aboveground plant surfaces) is one of the major habitats for different microbes.”

In order to understand the dynamics of this process over the life cycle of B. distachyon, the scientists collected particles at eight different developmental stages – from the emergence of leaves to the last season of plant life – and analyzed particle morphology, elemental composition, and abundance of functional groups through various types of microspectroscopy platforms.

The researchers found a variety of spores, bacteria, plant fragments, and other types of biological particles in the plants’ phyllosphere. While fungal spores were most abundant during the stage just before flowering, bacteria took the lead during the flowering and fruit development stages.

Better understanding the differences in the composition and morphology of biological particles during plants’ life cycles provides new, more reliable insights on the structural, functional, and biochemical properties of plant systems, as well as on their complex interactions with microbial communities. Further research is needed to clarify all the environmental and climatic implications of these processes.

The study is published in the journal ACS Earth and Space Chemistry.