Plants and trees can intensify droughts by drawing up large amounts of water • Earth.com 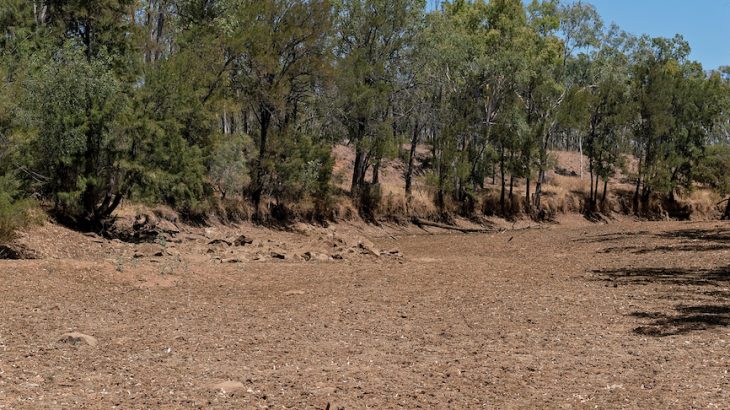 A team of biologists at the University of Utah has found that during prolonged periods of heat with low rainfall, some plants and trees waste valuable soil moisture in an effort to cool themselves off. According to the researchers, this behavior can actually intensify drought conditions.

“We show that the actual physiology of the plant matters,” said study co-author Professor William Anderegg. “How trees take up, transport and evaporate water can influence societally important extreme events, like severe droughts, that can affect people and cities.”

Through his research, Professor Anderegg previously discovered that some plants are built to slow down the movement of water to help minimize water loss when it is hot and dry. Other plants, however, have a system that is much more conducive to the movement of water, including large openings on their leaves.

“We’ve known for a long time that plants can affect the atmosphere and can affect weather,” said Professor Anderegg. The water that is drawn out of the soil by plants and trees is released into the atmosphere as water vapor. In the Amazon rainforest, for example, an excess of water vapor can jumpstart precipitation.

At 40 sites around the world, the team used instruments to collect data on the flow of heat, water, and carbon in and out of the air. The researchers also noted which tree species were most prevalent around the instruments. By comparing this information with a database of tree traits, the experts were able to determine which traits corresponded with droughts becoming more intense.

The first trait that was identified was the maximum leaf gas exchange rate, or the rate at which leaves can pump water vapor into the air. The second trait that most often correlated with more intense droughts was water transport, or how much water the tree can move to the leaves.

The study revealed that in cooler regions, trees slowed down their water usage in response to declining soil moisture. In hotter climates, however, some plants and trees with high water transport and leaf gas exchange rates worked harder to keep cool when the soil got dry. As a result, they lost more and more water while depleting the remaining soil moisture.

“You end up getting to these conditions that are hotter and drier much faster with those plants than with other plants,” said Professor Anderegg.

Although hotter climates have more plants with these water-intensive traits, some plant species can intensify drought conditions regardless of the climate. “Failing to account for this key physiology of plants would give us less accurate predictions for what climate change is going to mean for drought in a lot of regions.”