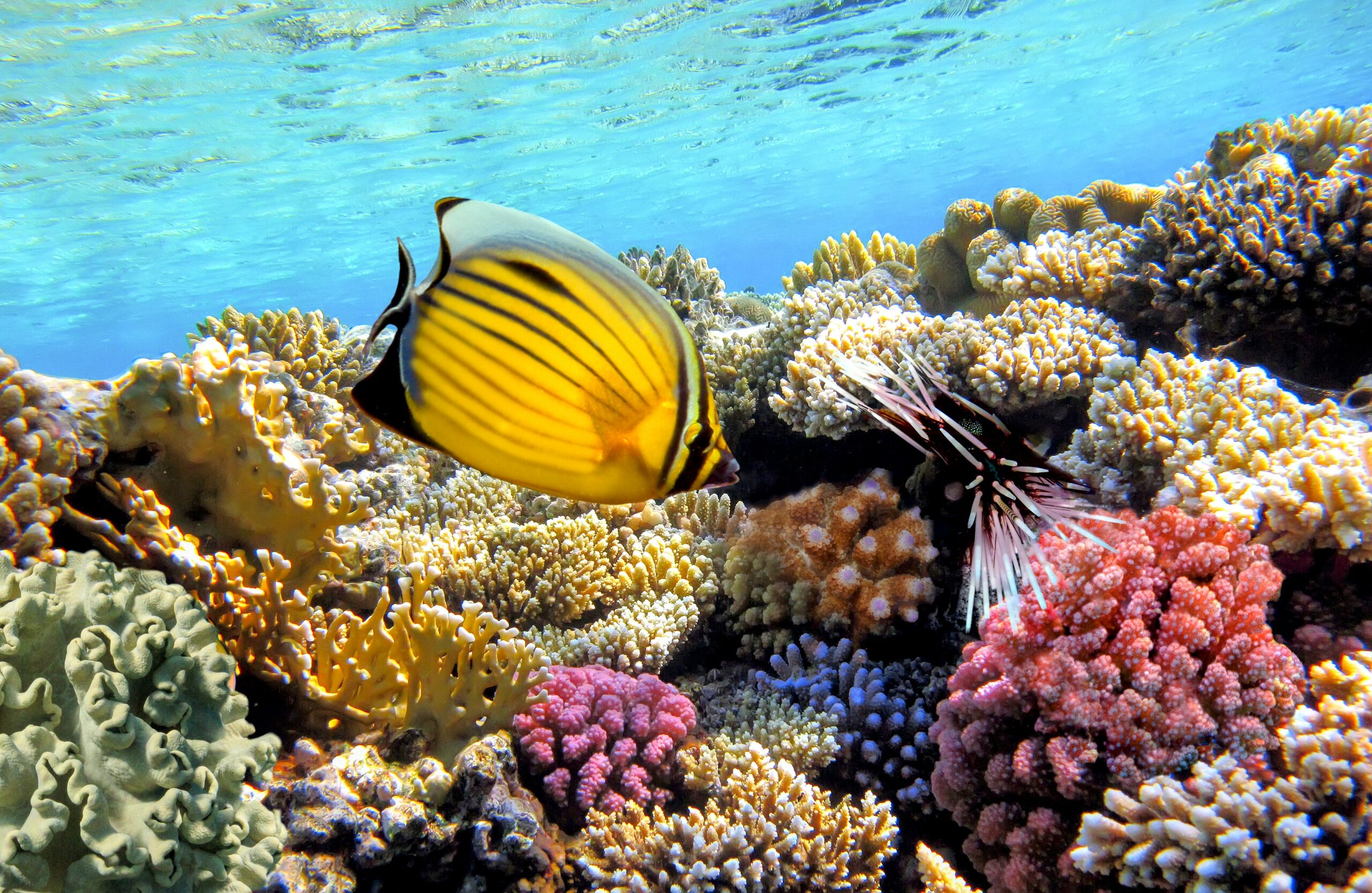 Plastic pollution has invaded every habitat on Earth, bringing with it countless synthetic chemicals that may pervade the natural environment. These contaminants are added to plastics during production, in order to improve the properties of the products. Some of the plastic additives have been shown to disrupt endocrine function in laboratory animals, but for most of them their effects on living organisms and environments are unknown.

A new study by researchers from Tel Aviv University and the Interuniversity Institute for Marine Sciences in Eilat has investigated the effects of four commonly used plastic additives on the reproductive success and larval development of several reef invertebrates commonly found in the Eilat coral reef. The study was led by PhD student Gal Vered from the Interuniversity Institute for Marine Sciences in Eilat and Tel Aviv University, and by Professor Noa Shenkar from Tel Aviv University’s School of Zoology in the Wise Faculty of Life Sciences and the Steinhardt Museum of Natural History.

The researchers exposed the reproductive products (eggs, sperm, larvae) of four tropical-reef invertebrates to environmentally relevant concentrations of dibutyl phthalate (DBP), dimethyl phthalate, (DMP), 4-nonylphenol (4-NP), and bisphenol A (BPA), which are prevalent plastic additives found commonly in seawater. They also investigated the effects of much higher concentrations of these chemicals on the reproductive products under laboratory conditions.

The phthalates, DBP and DMP, are esters that are used almost ubiquitously in plastics to soften them and make them more flexible. They are found in food packaging, containers, toys, medical devices, and adhesives. Used in the production of detergents and cleaning products, 4-NP is a common antioxidant and stabilizer that is found in rubber products and food packaging. Bisphenol A is a major additive in epoxy resins and polycarbonate plastic that is used for food and beverage packaging, baby bottles, boxes, and many other products. The European Chemicals Agency has classified bisphenol A as a substance that may cause damage to human fertility, based on evidence found in laboratory animals.

The majority of these additives are not covalently bonded to the polymer matrix of the plastic, but are linked by weak secondary bonds. This makes them more likely to leach from the plastic material into the surrounding environment. In addition, some of them have been shown to accumulate in the living tissues of marine organisms, meaning that concentrations within their bodies will be greater than in the surrounding seawater.

“Plastic additives are chemical additives that are incorporated into plastic products during the manufacturing process. These substances reach marine environments through plastic waste and wastewater. Some of them are known to activate or suppress hormonal processes, and can therefore disrupt biological systems. However, their effects on organisms in coral reefs have hardly been studied,” explained Gal Vered.

“The structure of the coral reef population depends on the success of the reproduction, development and settlement of corals and other reef organisms. Interference with their hormonal systems may affect the chances of success of these processes, and an uneven effect on the different species may lead to a change in the community’s structure and damage to the entire system.”

The invertebrate species tested included a soft coral, a stony coral, a calcifying hydrocoral and an ascidian, which is also a sessile filter feeder. All of these organisms play important roles in tropical reef building and ecology, and any disruption to their reproductive processes could have serious consequences for reef structure and functioning. The soft coral broods its larvae in a layer of mucus on the coral surface, while the stony coral nurtures its larvae inside its body until they are mature enough to be independent. In contrast, the hydrocoral and the ascidian are broadcast spawners that release their gametes directly into the water.

The results of the study, published in the journal Environmental Pollution, showed that the lower concentrations (1 μg/L) of 4-NP had a significant negative effect on the settlement success of the soft coral larvae. However, the other additives did not have any significant negative effects on the organisms or their reproductive products at the low concentrations that occur commonly in seawater.

The researchers conclude that plastic additives can have serious negative effects on the reproductive success of some reef invertebrate species. The fact that the species were affected differently is concerning because reef population structure is directly linked to successful reproduction and settlement of larvae. Any change in the reproductive success of one species can impact the coral-reef community structure, as well as the way it functions and provides ecosystem services.

“Our findings demonstrate plastic additives’ negative and selective effects on the development and reproduction of coral-reef organisms. The environmentally-relevant concentrations used in our experiments were concentrations found in seawater; alarmingly, some had deleterious effects on organisms’ reproduction,” said Professor Shenkar. “Nevertheless, concentration within organisms’ tissues may reach higher levels as these compounds can potentially bioaccumulate. To better understand the impact of plastic additives on this endangered ecosystem, we suggest developing better methods for measuring the actual concentrations within the tissues of the organisms to produce relevant risk assessments.”

“Climate change, ocean acidification, and ongoing anthropogenic stressors place coral reefs at existential risk,” said Gal Vered. “Most of the coral reefs in the world are found in developing countries where the human population is expanding rapidly and waste management is lacking. Steps towards preventing plastic waste from reaching the environment include proper local waste management that reduces transportation of waste, and sustainable consumption of products regulated for additives.”