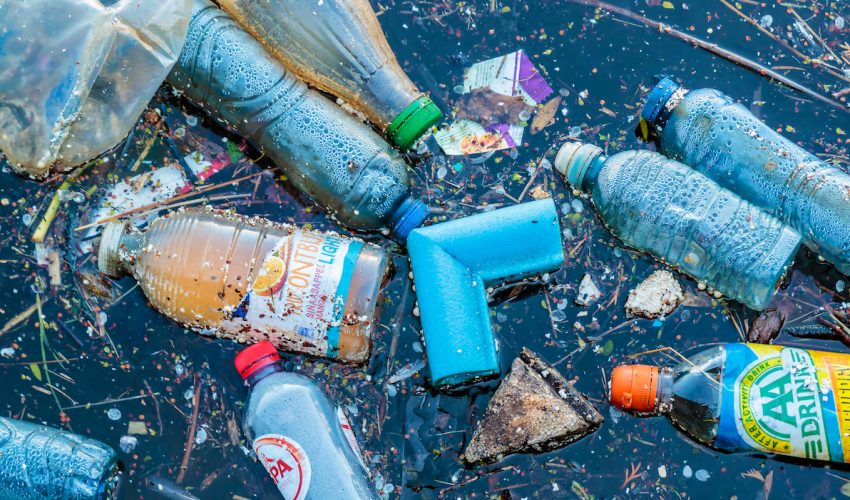 The sheer magnitude of the plastic pollution problem on planet Earth can no longer be ignored, as plastics can be spotted covering beachings, floating in oceans, and even lining the stomachs of whales.

Part of the problem is that PET, one of the most common plastics used in products today including water bottles, takes hundreds of years to break down.

Conservation efforts have been scrambling for ways to reduce the amount of plastic waste, but the new accidental discovery of a plastic-eating enzyme may be the key to battling the plastic pollution crisis.

In 2016, a plastic-eating bacterium dubbed Ideonella sakaiensis was discovered in Japan.

The new find raised many questions for scientists as the speedy evolution behind the bacterium’s drive to break down plastics was nothing short of noteworthy.

“[PET] has only been around in vast quantities over the last 50 years, so it’s actually not a very long timescale for a bacteria to have evolved to eat something so man-made,” John McGeehan, leader of the research team that improved the enzyme told BBC News.

McGeehan worked with researchers from the University of Portsmouth and the U.S. Department of Energy’s National Renewable Energy Laboratory.

While examining the enzyme and working to understand how it had evolved to such an extent, the research team ended up making it even more efficient at eating PET.

Published in the in the journal Proceedings of the National Academy of Sciences, the new study shows that the enzyme could be harnessed to break down PET and improve plastic recycling around the world.

The researchers first needed to understand the structure of the enzyme that was part of the Japanese bacterium.

Diamond Light Source, a UK based lab that gives scientists access to a powerful microscope showed the researchers the structure of the enzyme.

While focusing on the structure, the researchers accidentally created a more efficient mutant enzyme that was 20 percent better at breaking down PET.

“It is a modest improvement – 20% better – but that is not the point,” McGeehan told The Guardian. “It’s incredible because it tells us that the enzyme is not yet optimized. It gives us scope to use all the technology used in other enzyme development for years and years and make a super-fast enzyme.”

One of the most exciting implications of the new research and the evolution of the enzyme is the way it could drastically improve plastic recycling.

Today, PET is just recycled into other materials and fibers which simply end up in the world’s landfills. With the new enzyme, PET could be efficiently broken down and used again.

“It’s well within the possibility that in the coming years we will see an industrially viable process to turn PET, and potentially other (plastics), back into their original building blocks so that they can be sustainably recycled,” John McGeehan told Reuters.